North Korea sent the University of Virginia student back to his home country on Tuesday for humanitarian reasons in accordance with a decision by the country's central court, the North's state-run Korean Central News Agency said Thursday.

Warmbier, 22, was released after 17 months of detention in the communist nation. His parents later told the Washington Post that their son was being transported on a U.S. military plane in a coma.

He was arrested in January 2016 for stealing a political propaganda sign from a Pyongyang hotel and was sentenced to 15 years of hard labor. 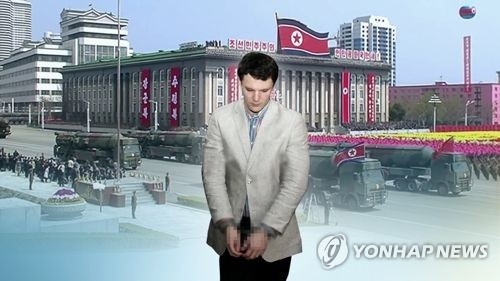