SEOUL, June 15 (Yonhap) -- The National Assembly on Thursday adopted reports on the results of confirmation hearings for President Moon Jae-in's picks for the interior and oceans ministers, clearing the way for their official appointments.

The adoption of the report is a key part of the parliamentary confirmation process before the president formally appoints them.

On Wednesday, the parliamentary committees held separate hearings for Interior Minister-designate Kim Boo-kyum and Oceans and Fisheries Minister-nominee Kim Young-choon, with lawmakers focusing on their professional and ethical qualifications.

The legislature has so far issued hearing reports for five of Moon's top government designates, including the two. 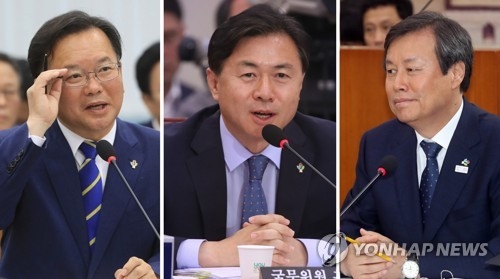