The newly launched Moon Jae-in administration, however, has hinted it could revise taxes on property and strengthen restrictions on extending home loans to help reduce soaring household debts.

The previous Park Geun-hye administration eased the loan-to-value (LTV) and debt-to-income (DTI) ratios in 2014 to allow homebuyers to borrow up to 70 percent of their property value and 60 percent of their income for mortgage payments.

The easing of the home loan regulations resulted in a sharp rise of household debt in recent years with household credit exceeding 1,344 trillion won (US$1.18 trillion) as of the end of last year, up 11.7 percent from the previous year, raising concerns over possible havoc in case of interest rate hikes.

Moon has also proposed investing 50 trillion won in the coming five years in the development of new towns and renovation of old city neighborhoods across the country while building 50,000 public rental houses and additional dormitories for up to 50,000 students. 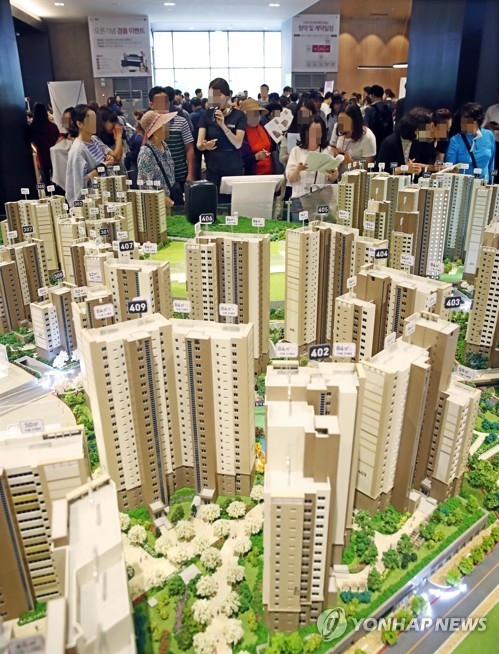