SEOUL, June 16 (Yonhap) -- Like other ordinary mothers, Lee Ji-sun, a 40-something housewife with two kids, is increasingly concerned about the fine dust that often hits the country every year. So she decided to rent an air purifier for her family, instead of buying one, after browsing the Internet for a product that fits her needs at a reasonable price.

In fact, Lee already rents an array of household goods such as a water purifier and two mattresses, and even the car her husband drives is leased. But she is considering renting one more item -- a luxury bag to carry to her younger sister's wedding ceremony.

"We pay rent for the house we are currently living in and quite a few things in it are all rented," said Lee. "It is easy to rent, less financially burdensome, and we can replace (them) with new ones, so that's why I opted to rent (them)." 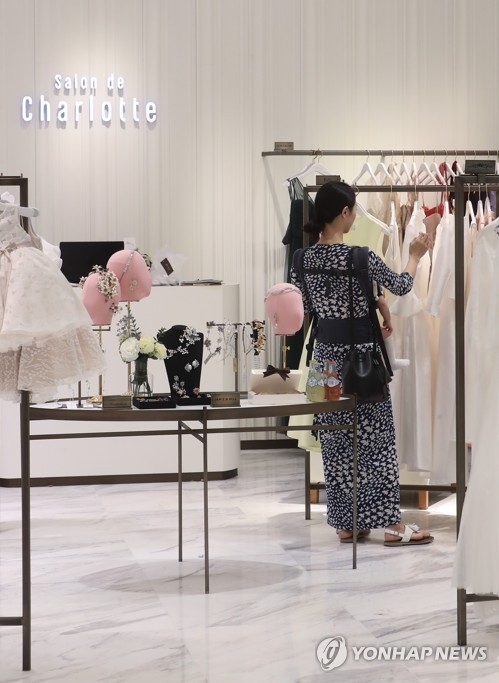 The rental service market in South Korea is rapidly expanding into every corner of South Koreans' life with items ranging from fashion accessories to digital cameras and furniture, as a growing number of consumers are willing to borrow products at affordable prices.

According to the KT Economy and Research Lab, the rental business in the country has increased over 30 percent in the last five years, with businesses that rent personal and household goods seeing a 50-percent jump.

"Consumers are getting increasingly smart by reducing unnecessary spending while meeting their need to consume," said Kim Jae-pil, a researcher at KT Economy & Research. "They are also not adverse to sharing goods with others to reduce their financial burden."

The researcher says that renting goods has emerged as a lucrative business here, as people, especially the younger generation, are increasingly open to the idea of borrowing items for everyday use and less inclined towards ownership, which was the case with their parents. 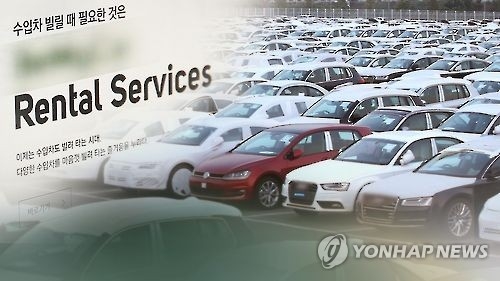 In the past, the country's rental service sector has been largely led by the auto rental business, as a growing number of young consumers on tight budgets want to experience a wide range of vehicles, with some players nimbly moving to capitalize on such subtle changes.

Cars registered to rental services are estimated at some 624,000 units in 2016, a more than twofold increase from 280,000 units in 2011, according to data compiled by the Korea Rental Car Association.

Retail giant Lotte Group and energy conglomerate SK Group are among those who have entered a car rental business.

Recently, however, the rental business has further expanded its territory. People nowadays have started renting miscellaneous goods that can be considered rather unusual to borrow.

Over 30,000 apparel, handbag and accessory items from some 150 brands are available, with total subscribers standing at 95,000 as of end-February this year, according to the company. A subscriber can rent Gucci or Ferragamo handbags for a minimum fee of 80,000 won per month, with no laundering required, and can later purchase the item. 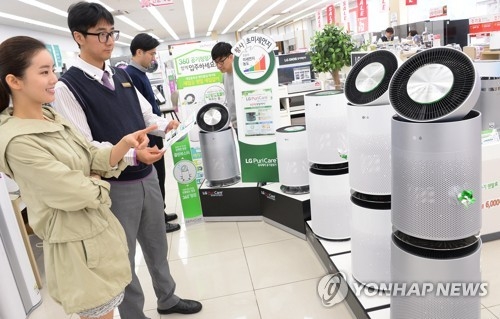 SK Planet has partnered up with 17 companies that sell household goods to offer rental services to its users, diversifying the lineups to high-end wedding suits, kids items and beauty equipment, while retaining the existing lineup of air and water purifiers and massage chairs.

Since its launch on November 2016, transactions in the rental shop have spiked 146 percent as of February.

"Consumers are becoming more interested in rational or reasonable consumption, opting to borrow goods rather than to own something," said Kim Min-seok, a manager at 11st. "Consumers can save on the cost by paying reasonable prices (to rental services), and they can trust such rental services."

"The rental business has seen rapid growth in the past few years as consumption was not backed by a rise in income," said Son Yoon-kyong, an analyst at SK Securities. "Without a sharp rise in disposable income, rental business in the country will continue to grow."

(Yonhap Feature) Rental services popping up in every corner of S. Korean life

(Yonhap Feature) Rental services popping up in every corner of S. Korean life