SEOUL, June 15 (Yonhap) -- Thomas Shannon, U.S. undersecretary of state for political affairs, paid his respects to a South Korean soldier killed in Afghanistan a decade ago during his trip here earlier this week, the U.S. Embassy said Thursday.

On its Facebook account, the embassy posted photos of Shannon paying tribute to Army Ssg. Yoon Jang-ho in front of a stone monument for him at the U.S. military base in Yongsan, central Seoul.

The official traveled to Seoul from Tuesday till Thursday in the wake of a two-day visit to Tokyo.

In Seoul, he met with South Korean officials to discuss a broad range of issues including agenda items for the summit talks between President Moon Jae-in and his American counterpart Donald Trump to be held in Washington D.C. at the end of this month.

"Despite a hectic schedule, he made time on Wednesday to honor Ssg. Yoon in person for his sacrifice," a source said ahead of the update of the Facebook page, requesting anonymity. "His son is known to have served in Afghanistan as well." 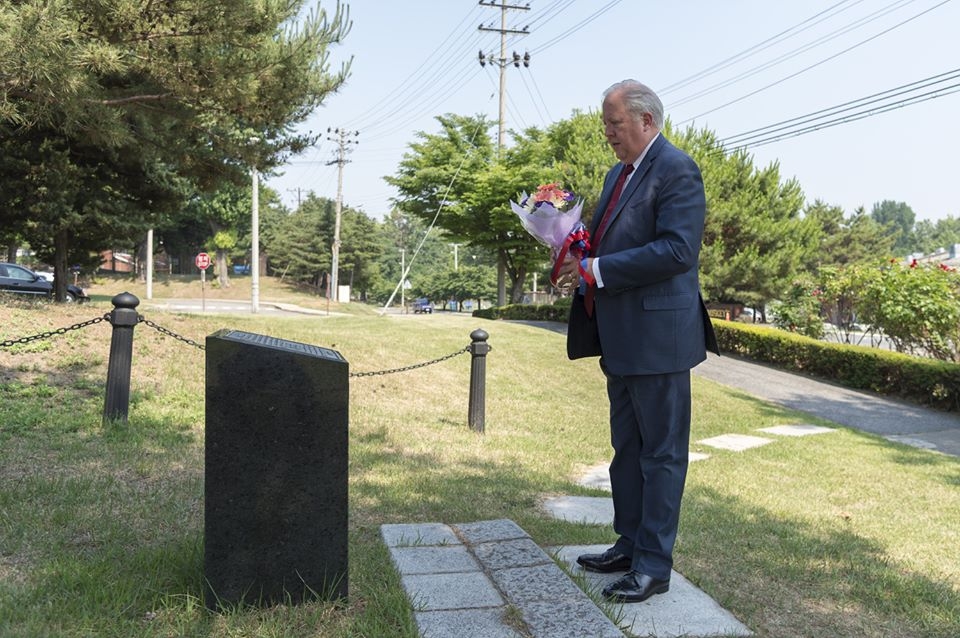 Yoon was killed in 2007 when a bomb exploded at the main gate of a U.S. air base in Bagram, some 80 kilometers north of the Afghan capital, Kabul.

He was 27 years old and a sergeant at the time, a member of South Korean Army's Dasan Engineering Unit dispatched there to assist the U.S military in its local operations. Yoon was posthumously promoted to staff sergeant.