The Korea Football Association (KFA) said it decided to part ways with Stielike following a technical committee meeting at the National Football Center in Paju, north of Seoul. The announcement was made just a day after Stielike and the South Korean squad returned home from Doha, where they fell to Qatar 3-2 in the final Asian qualifying round for the 2018 FIFA World Cup.

"Since Stielike became the head coach in 2014, he worked hard to develop South Korea's football environment, educate football instructors, while posting a good result at the Asian Cup (in 2015)," Lee said at a press conference at the NFC. "But we thought he failed to deliver the results that we wanted in the final qualifying stage."

In the final round, the Taeguk Warriors remain in second place in Group A with 13 points from four wins, a draw and three losses. Stielike's side, however, are just one point above No. 3 Uzbekistan with two matches remaining. They have yet to collect a win away from home and all of their victories were decided by just one goal.

In Asian qualifying, the top two from each of the two groups will advance directly to the 2018 World Cup in Russia. Two third-place teams must go through playoffs for their final chance.

Stielike, who took over the team in September 2014, was the longest-tenured head coach in the men's national team history. He was contracted through the 2018 World Cup, should South Korea qualify for the tournament. The 62-year-old will leave the helm with a record of 27 wins, five draws and seven losses.

When asked about pay-off clause in Stielike's contract, Lee said he doesn't know whether the German will receive compensation.

"I don't know details of the contract between the KFA and Stielike," he said. "Everything will be processed according to what's written on his contract." 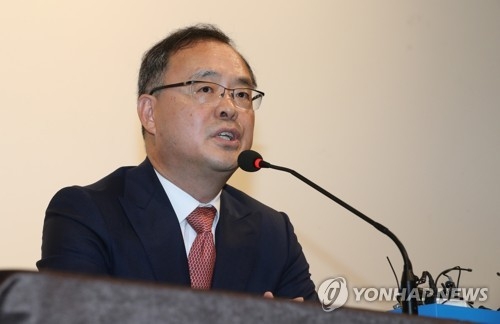 Lee also tendered his resignation to take the responsibility for the situation. It was Lee who hired Stielike after the 2014 FIFA World Cup.

The KFA later said Carlos Alberto Armua, an assistant coach to Stielike, will also leave the national team. The Argentine is the only member of the coaching staff who has been with Stielike from the beginning, and his contract period was tied with that of Stielike's.

Lee said the KFA and the national team will overcome the current crisis and they need to move on to prepare for the remaining two qualifiers. South Korea, chasing their ninth consecutive World Cup appearance, will host already-qualified Iran on Aug. 31 and face Uzbekistan in Tashkent on Sept. 5 to close out the qualifying stage.

He claimed that next national team boss should be a local, adding that the new coach will not be a caretaker for the remaining two matches, but will be guaranteed to lead South Korea through the 2018 World Cup should they qualify.

"I believe we can produce better results with new people," he said. "For now, I think we have a small pool of candidates to choose from. In my opinion, this is the situation where South Korean coach should take over."

South Korean media have already rolled out possible names for the next head coach, such as Huh Jung-moo, who previously led South Korea to the round of 16 at the 2010 FIFA World Cup, and Shin Tae-yong, who recently managed South Korea at the U-20 World Cup at home.

"I think every national football team head coach is an expert, and one year would be enough to build the team for the 2018 World Cup," he said.

Lee said the next leader should possess two ingredients: risk management skills and the ability to communicate closely with the players to make the team atmosphere great. He claimed that a foreign coach at this point is not an ideal choice because he'll first need lots of time to learn about the players.

"We need a coach who can make the players ready both mentally and physically and show their abilities on the pitch," he said. "Our players are discouraged at this moment, but the new coach should motivate them and make them stay focused." 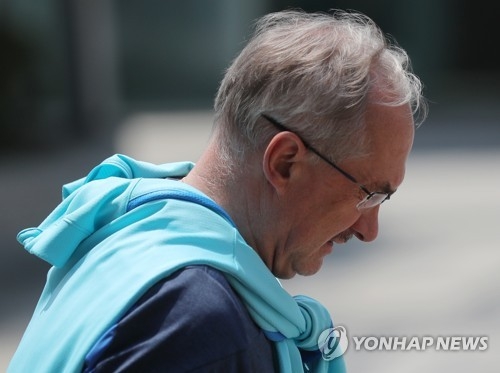 Stielike, a former Real Madrid player, was once hailed as "God-tielike" by fans after he guided South Korea to a runner-up finish at the Asian Cup and the East Asian Cup title in 2015. He earned big support from fans through the second round of the Asian qualifying for the 2018 World Cup, as South Korea posted a flawless record with eight straight wins.

Stielike, however, found himself in hot water after his team entered the final round for the World Cup qualifying campaign in September 2016. After posting two nail-biting wins at home against China and Qatar, a 1-0 loss to Iran in Tehran raised doubts about Stielike's coaching ability. Stielike led South Korea to a 2-1 win over Uzbekistan in Seoul in November, but fans still weren't satisfied.

South Koreans finally exploded with anger this year when the national team fell 1-0 to China on March 23, which was only South Korea's second defeat to the Asian neighbor in 32 meetings. Stielike managed to collect a 1-0 victory against Syria at home five days later, but it wasn't enough to calm down angry fans.

The KFA, however, gave Stielike a vote of confidence in April and let him guide the national team for the World Cup qualifier against Qatar. But another disappointing result left the KFA with no choice but to axe Stielike.

South Korea, the 2002 World Cup semifinalists, have not missed the top FIFA competition since 1986. The KFA adopted a full-time managing system for the national team in 1992, and since then, only two head coaches -- Kim Ho and Huh Jung-moo -- have guided the team from the qualifying stage to the World Cup finals without getting sacked.