SEOUL, June 15 (Yonhap) -- A National Assembly committee on Thursday approved President Moon Jae-in's nomination of Do Jong-hwan as culture minister, paving the way for him to become the sixth Cabinet member of the new administration.

The adoption of a report on the outcome of a confirmation hearing for Culture Minister-nominee Do is a crucial procedure before President Moon Jae-in officially appoints him.

Do, a poet-turned-politician, has voiced hopes for resuming inter-Korean exchanges among cultural and sports figures to help improve relations with North Korea. 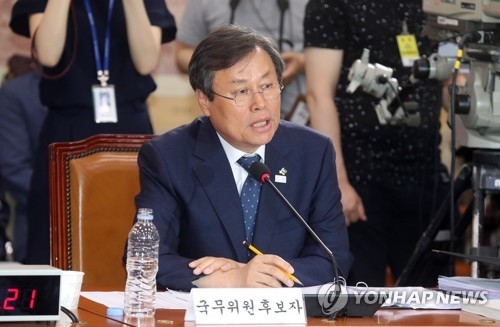