WASHINGTON, June 15 (Yonhap) -- North Korea's release of a long-detained American student and the visit to Pyongyang by former NBA star Dennis Rodman could be an attempt by the communist nation to encourage Washington to move away from maximum pressure to diplomacy, an expert said Thursday.

Ken Gause, a North Korea expert who is director of the international affairs group at CNA Corp. in Washington, also said, however, that whether such rare exchanges would lead to a resumption of talks depends on the conditions of the comatose student Otto Warmbier.

The North released Warmbier this week after confessing that the 22-year-old has been in a coma for more than a year. The University of Virginia student was arrested in January last year for attempting to steal a political propaganda sign from a hotel and was sentenced to 15 years of prison at hard labor.

The release followed rare secret meetings between the U.S. point man on the North, Joseph Yun, and North Korean officials. That has spurred speculation the exchanges might lead to resuming long-stalled nuclear talks.

"Obviously, the medical issue drove North Korea's decision to release him. But I also believe that Pyongyang timed the release to deliver a message to Washington. The message is that the only way forward is through engagement," Gause said.

"The timing of the release, which is on the day of Dennis Rodman's arrival in Pyongyang, I don't think is coincidental. North Korea wants to encourage the Trump administration to move away from a policy of maximum pressure, which has garnered few results, to a more diplomatic footing," he said.

The rare exchanges might be the beginning of "a diplomatic dance" that could lead to talks, he said.

"On the other hand, if Warmbier is in bad shape, this could all backfire by raising the anger of the American people, thus making diplomacy with North Korea very difficult," the analyst said. "It could also complicate (President) Moon Jae-in's efforts to chart a path of inter-Korean engagement, which will only succeed with Washington's support." 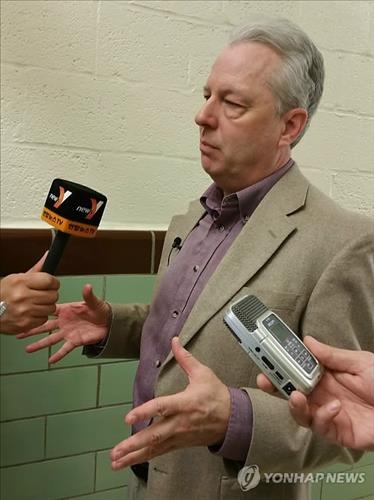 N. Korea's release of American student could be move toward diplomacy: expert

N. Korea's release of American student could be move toward diplomacy: expert