"We will win. It will be a war more serious in terms of human suffering than anything we've seen since 1953. It will involve the massive shelling of an ally's capital, which is one of the most densely packed cities on earth," Mattis said during a House Appropriations Committee hearing.

That's why President Donald Trump has directed one of the highest priority efforts to resolve the issue diplomatically, Mattis said. When Trump hosted Chinese President Xi Jinping in April, only two issues came up, and North Korea is one of them, he said.

"We are working through China to ensure that China understands that North Korea is today a strategic burden for them, is not a strategic asset and China's actually responded in some ways positively," Mattis said.

"We're exhausting all possible diplomatic efforts in this regard," he said.

Mattis said he and Secretary of State Rex Tillerson will hold high-level talks in Washington with their Chinese counterparts and the issue of North Korea will "loom large."

"So it would be a serious, it would be a catastrophic war, especially for innocent people in some of our allied countries, to include Japan most likely. But it's also one were doing everything possible not to have happen and resolve this through diplomatic means," he said. 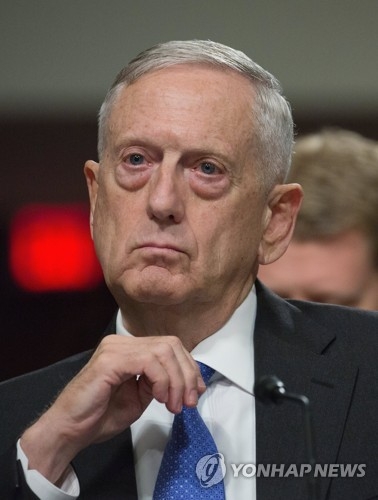