"We reached the conclusion after much discussion that it's hard to accept a plan to simultaneously release the movie on Netflix and in movie theaters," a Megabox official said. "We informed Next Entertainment World of our final position," it said, referring to the movie's local distributor.

With the latest decision, the international action film was confirmed to be released only in non-multiplex theaters June 29. In South Korea, three major multi-screen chains -- CJ CGV, Lotte Cinema and Megabox -- dominate more than 90 percent of box-office ticket sales. As of Thursday, a total of 66 smaller theaters around the country decided to screen the movie, and the number will continue to rise till the release day, according to NEW. 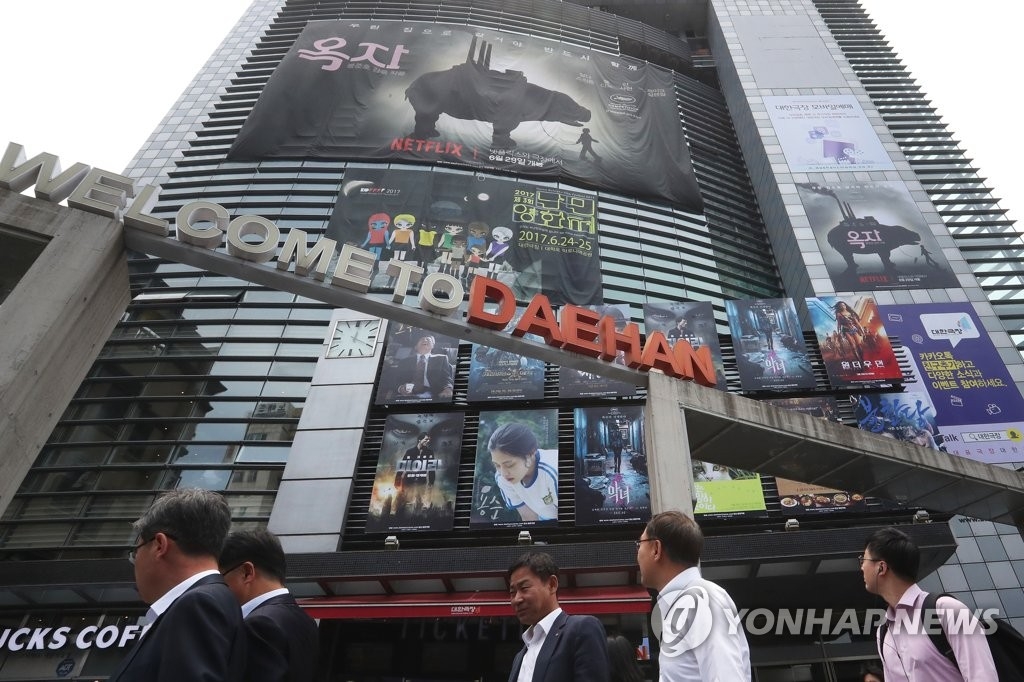 Last month, the U.S. streaming giant announced a plan to make the film available simultaneously on the online platform and South Korean theaters. But the country's major multi-screen chains have refused to show the film unless a minimum three-week delay is guaranteed, renewing the debate over Netflix movie's theatrical release after Cannes. They argue that the simultaneous release would destroy the ecosystem of the local film industry.

CJ CGV has already vowed to boycott the film, while Lotte Cinema announced Friday that it won't accept the plan for the simultaneous release but will discuss later a possible re-release of the movie.

The debate first surfaced during the 70th Cannes Film Festival last month where Okja was one of the two Netflix titles competing in Cannes for the first time, along with Noah Baumbach's "The Meyerowitz Stories." But after a strong protest from French movie theaters, Cannes changed its rules to exclude films without a commitment for a French theatrical release from next year.

It stars Tilda Swinton, Jake Gyllenhaal of "Nightcrawler" and "Everest," and Paul Dano of "Love & Mercy" and "12 Years a Slave," and has Korean actors, such as An Seo-hyun, Byun Hee-bong, Choi Woo-shik and Yoon Je-moon, among its cast. 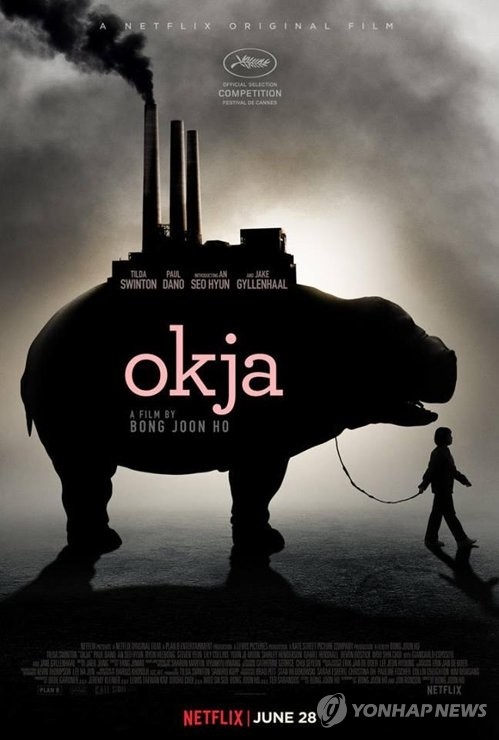