Being a film about a human-animal friendship and adventure, many might expect "Okja" to be a feel-good family movie in the vein of "E.T." or "My Neighbor Totoro." To a degree, "Okja" does meet such expectations, all the while lampooning corporate greed and everyday lies and manipulation of children committed by guilt-free adults.

But the Netflix-financed movie, though filled with adventure, leans more toward being a downer film bogged down by an uneven and conflicting tone, while an anti-climactic ending prompts viewers to question Bong's own views toward reality acceptance and animal slaughter ethics. 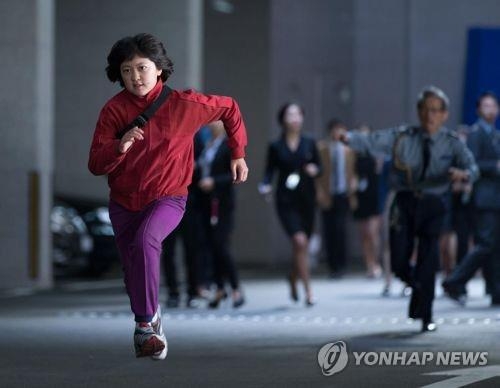 Fair warning: For casual moviegoers who are new to Bong's films, "Okja" requires some expectation management, as it almost purposefully defies gravitating toward a single genre or established film tropes.

As the director has suggested, this movie probably would have been changed a lot had it been financed by a large Hollywood studio. It's both weird and original by design. Netflix covered the film's entire budget of US$50 million but allowed Bong 100 percent freedom to pursue his vision.

The film, co-written by Bong and Jon Ronson of "Frank," begins as Mirando CEO, Lucy Mirando, played by Tilda Swinton, sends genetically engineered "super pigs" to 20 different farmers around the world -- one of them being Mija's grandfather Heebong -- as a PR contest in selecting the finest-bred specimen over the course of 10 years.

The film dedicates a large portion of its beginning to establishing the bond between Mija and the 6-ton beast Okja, which combines qualities of a hippo and a pig. Montages of the two picking persimmons, swimming in a mountain creek and Mija taking a siesta on Okja's belly are spot-on poetic and sentimental.

Trouble comes along as the maniacal, TV celebrity-turned-Mirando vet Dr. Johnny Wilcox, played by Jake Gyllenhaal, retrieves Okja, the winner of the competition, for a corporate parade in New York. Mija thinks that her grandfather bought Okja from Mirando but later learns she was told a lie.

In fairy tale-like fashion, Mija bashes her piggy bank and embarks on a journey to rescue Okja and in the process encounters a crew of activists from an animal rights group, the Animal Liberation Front, which also tries to take Okja from Mija for their own agenda.

Visually speaking, the film is shot beautifully, filled with a catalogue of moments ranging from tranquil, chaotic and disturbingly dark. After an almost silent and contemplative first act, the movie kicks into high gear with a high-wire caper sequence that starts with the young heroine arriving at Mirando's office in Seoul.

Okja's CGI, created by a team led by Erik-Jan De Boer (who won an Oscar for creating the tiger in "Life of Pi") is effective and endearing enough. But there are quick moments, especially when creature romps through an underground passage in Seoul, where her imagery comes off as too synthetic.

By blending Korean and international actors, and its settings, the film tries to convey a statement on transcending cultural boundaries. Translating communication between Korean and English is even used as an important plot device in the movie.

But from the story starting out in Korea to the protagonist being a Korean, "Okja" gives off the impression that it's first and foremost a Korean film that is supplemented with an international cast and shot overseas.

Also, unless you are Korean, subtle nuances in the dialogue and comedy, written in part Korean and part English, may be lost in translation.

"Okja" is darker and quirkier than the trailer lets on. For a casual audience expecting a straight-up story with a consistent tone, the film may be a bit disorienting as it fires off in many directions tonally. That said, Bong's past works, such as "Memories of Murder," "The Host" and "Snowpiercer" -- all box office hits in South Korea -- all have elements of breaking genre and style norms.

Starring Tilda Swinton, Jake Gyllenhaal, An Seo-hyun, Paul Dano, Steve Yeun and Byun Hee-bong, "Okja" will be released internationally on Netflix on June 28 (U.S. local time), along with a theatrical release in South Korea on the same day. The movie will premiere in New York and Los Angeles simultaneously with the VOD release. 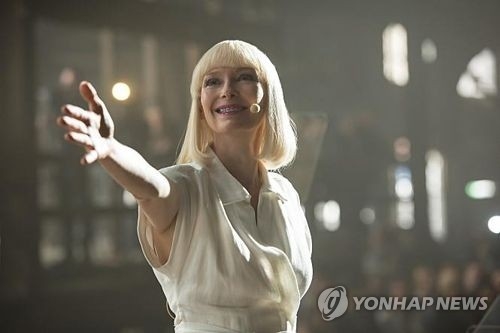