Laos has recently emerged as a potential electricity provider for neighboring countries in Southeast Asia as its government is moving aggressively to develop energy-related infrastructure facilities, the statement said.

Separately, Lotte Engineering & Construction signed an MOU with the PTL to secure local projects, either to independently construct office and residential buildings in Laos or to join hands with Daewoo Engineering in the infrastructure projects, the spokeswoman said. 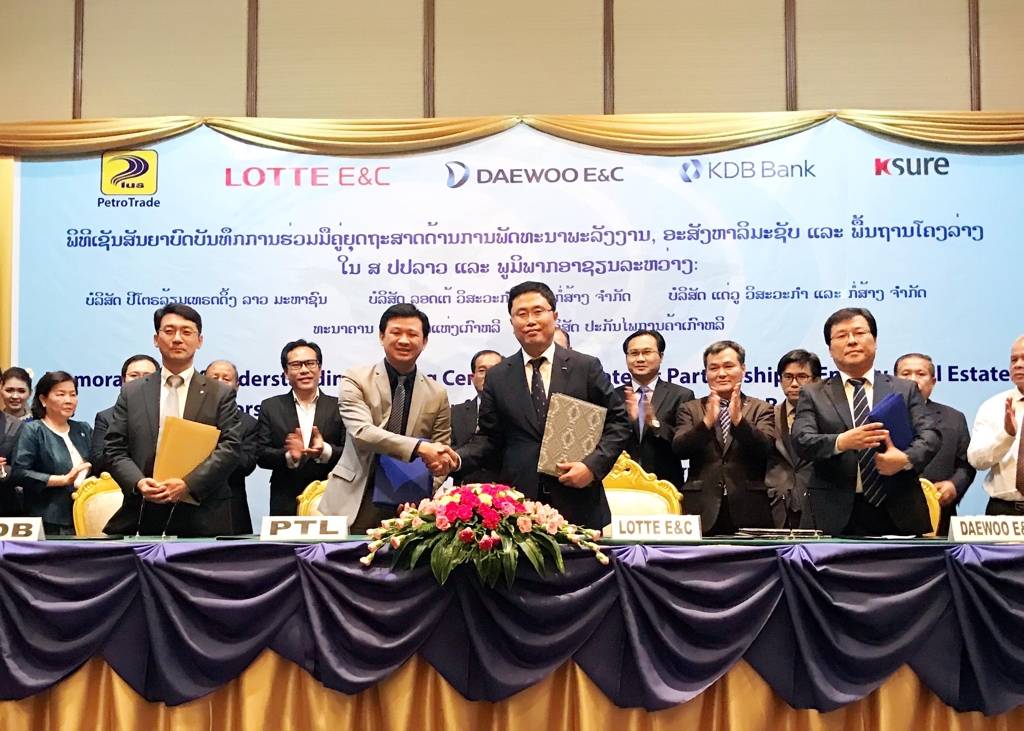