SEOUL, June 16 (Yonhap) -- The rebidding to lease out the remaining duty-free store license for Incheon International Airport's new passenger terminal fell through again due to a lack of tenders, the transportation hub operator said Friday.

The license bidding to run an apparel and accessories store in the second terminal failed for the sixth time with Shinsegae DF as the only company taking part in the auction, according to Incheon International Airport Corp. (IIAC). Incheon airport, lying west of Seoul, is South Korea's main air hub.

In April, the IIAC and Korea Customs Service picked Lotte Duty Free and Shilla Duty Free as the respective winners for the liquor and cigarettes and fragrance and cosmetics sections, which will start operations in line with the scheduled opening of the terminal in October.

Duty-free operators at air terminals in South Korea need approval from both the airport and customs authorities with those wanting to run such shop required to take part in a public bidding process, which is subject to renewal every five years.

While the bidding initially prompted big duty-free operators to scramble to win slots, the drop in Chinese visitors that accounted for roughly half of all foreign tourists, has caused companies to rethink their strategies. The fashion and accessories section drew no interest as it was apparently considered less profitable given the high lease fees.

Beijing moved to halt its travel agencies from selling package tours to South Korea earlier this year in apparent retaliation against the Seoul decision to deploy a U.S. anti-missile defense system on its soil. China views the deployment as a security risk while South Korea has insisted that the Terminal High Altitude Area Defense system is to counter North Korea's growing missile and nuclear threats. 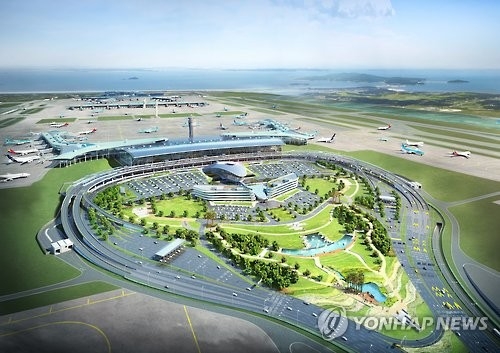