SEOUL, June 16 (Yonhap) -- Exactly a month into his stint as an assistant South Korean speed skating coach, Dutchman Bob de Jong has made a seamless transition to life in the new country, and hardly anything has fazed him.

The former Olympic 10,000m champion lives in the dormitory inside the National Training Center, which lies in a relatively remote, northeastern part of Seoul. While he has taken long bike rides on the weekend, de Jong likes it just fine inside the athletes' quarters, for he is a natural-born loner.

"I am really good alone," de Jong told Yonhap News Agency in an interview Friday. "I've been to many countries. I've kept to myself everywhere. It's part of myself."

De Jong arrived in South Korea on May 16, tasked with helping skaters of the host country for the 2018 Winter Olympics in PyeongChang. De Jong brings an impressive competing resume. The former long distance specialist counts the 10,000m gold at the 2006 Torino Winter Games as one of his four Olympic medals, and he also won seven world titles in the 5,000m and 10,000m. 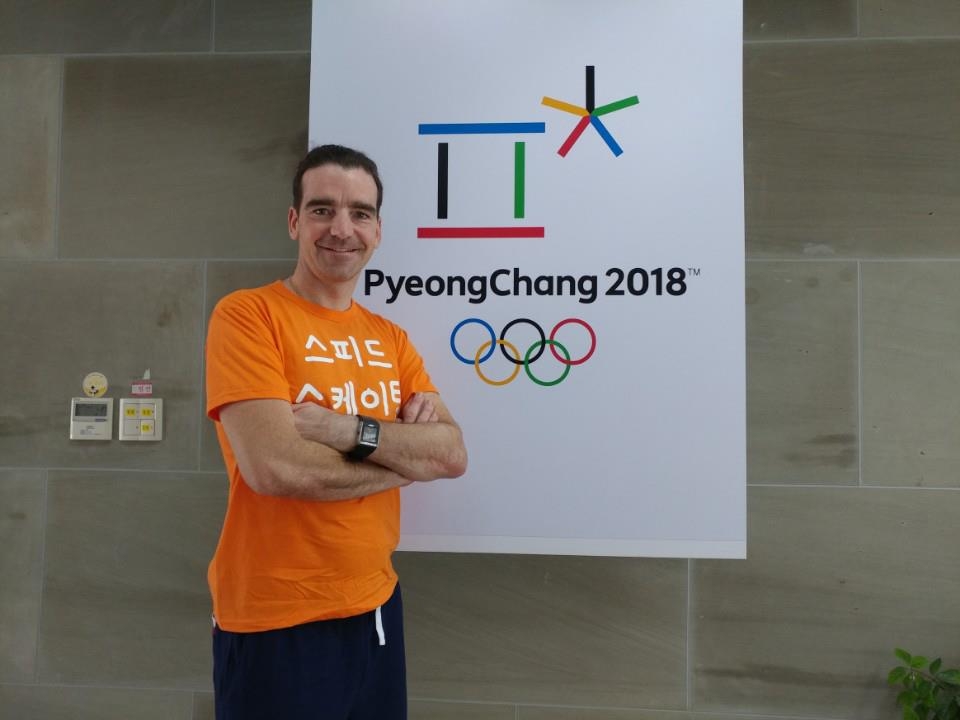 And when someone with those credentials speaks as a coach, athletes listen. De Jong said the South Korean skaters have been willing learners so far.

"They really want to have more knowledge to get better results," he said. "They're open for technical aspects. They want to change and they believe in me."

De Jong has experienced some difficulties with the language, but relies on his part-time interpreter and a translation app on his phone to get by. More so than the language barrier, de Jong said he has been held back by some of the athletes being too deferential.

"I think the respect for older people has been the biggest thing (in terms of culture shock in South Korea)," de Jong said. "I think it's a really good thing, but athletes are too far from the coaches. But I don't want to change it. You have to respect the culture."

Specifically, de Jong said South Korean skaters are less inclined to walk up to coaches to speak their minds than the Dutch athletes. And when he takes some time off next month to return to the Netherlands, de Jong will speak to Guus Hiddink, former South Korea men's national football head coach, about Hiddink's own experience in South Korea and how he can help de Jong's career here.

In the meantime, de Jong hasn't had any trouble with the local cuisine. The National Training Center's cafeteria sets up a buffet daily, its selections including Korean-style grilled meat, rice, soup several types of kimchi, fruits and sweets.

And he so wanted to jump into the local dining culture right away that he even had cramps trying to learn how to use chopsticks during his first week.

"Food here is fantastic; I want to taste everything," de Jong said, breaking into a grin. "I have to watch my weight."

Outside the training ground, he has even tried chicken feet -- which, for their appearance and spicy taste, aren't for the faint-hearted -- in addition to the usual Korean barbecue and some Italian as well, when he craved something European.

He works out with his skaters in two sessions each day -- once in the morning and once in the afternoon. De Jong keeps himself busy constantly thinking about the national team training program, and biking has been his favorite activity -- he has long been an avid rider -- on the weekend.

And true to his nature as a five-time Olympian, de Jong said he'd like to visit Olympic Park in southern Seoul, which was set up for the 1988 Seoul Summer Olympics, when he finds more time.

De Jong said he also likes being around athletes from other sports inside the training center, because just by watching them practice, he can get ideas for his own training program for his skaters.

"Speed skating is a complex sport; it's not just about going fast," he said. "It requires power, endurance and techniques. You can train in many different ways, be it by running, biking, in-line skating, jumping, and also by playing football and badminton. I like that this is an isolated place and it's all athletes inside. It's motivating."

De Jong also tries to motivate his athletes by stressing the importance of being prepared.

"You never know when it's possible to break a world record, and you have to be prepared," he said. "Every single race, it's important to win for you to take the next step. Then you know how it feels to win. You learn from winning."

"The second place is where you learn the most," he said. "After finishing in second place, you always want to think about 'Why? Why is the other guy faster?' But if you win, you'll never have to ask that."