Moon Hee-sang of the Democratic Party who visited Tokyo last month as President Moon Jae-in's special envoy made the remark in a radio interview.

He suggested that Seoul and Tokyo issue a joint declaration aimed at settling the issue just like then South Korean President Kim Dae-jung and Japanese Prime Minister Keizo Obuchi issued a joint declaration on a future-oriented relationship in 1998.

The joint statement, known as "the Obuchi Declaration," included the expression of Japan's remorseful repentance and heartfelt apology for having inflicted unbearable damage and pain on the Korean people.

"The comfort women issue is a universal value of mankind and whatever agreement between the governments are signed, there is no meaning if they are done without the victims' consent," Moon said.

The lawmaker said Seoul and Tokyo are to build future-oriented relations in security, economy, culture and other areas, adding they "should walk up the third path or the adoption of a two-track approach, differentiating history-related issues and future-oriented ones."

The two countries signed an agreement in 2015 to settle the long-standing dispute over Japan's sexual enslavement of tens of thousands of Korean women during World War II.

As part of the deal, Japan agreed to provide 10 billion yen (US$9 million), not in compensation but in support funds, for the Korean women forced into sexual slavery.

Moon's stance on the deal is compared with that of the ruling party's leadership, including party chief Choo Mi-ae. Many of the party's senior officials have cited a need to renegotiate or even scrap the agreement with Japan. 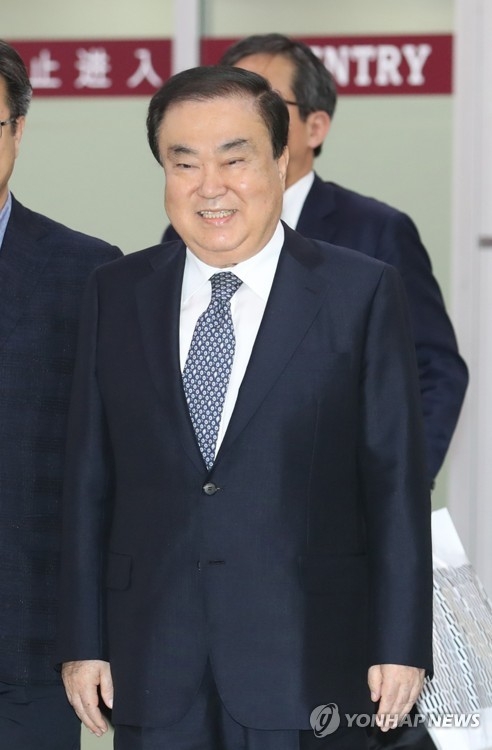