According to the Korea National Arboretum, the agreement was reached after forest experts from South Korea and the four countries -- Uzbekistan, Kazakhstan, Kyrgyzstan and Tajikistan -- held a two-day workshop on the project starting Wednesday in Tajikistan.

The joint project calls for South Korean experts from the state-run arboretum to research the ecology of plants in Central Asia's forest areas including the Tien Shan mountain range that extends through western China, Kazakhstan and Kyrgyzstan.

The Central Asia is home to fruits and nuts such as apples, apricots, grapes, walnuts and pistachios that are well consumed in South Korea.

Under the project, South Korea will implement a variety of programs for officials of the four countries to acquire skills to research the biological resources of their countries on their own.

The South Korean arboretum has established networks with the Central Asian countries on plant classification and preservation of biodiversity, respectively, in 2015 and 2016. 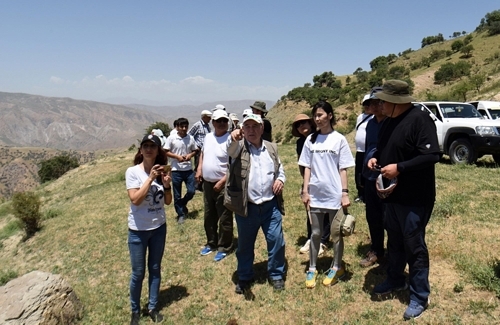