Moon Chung-in, a foreign affairs scholar and special presidential adviser, made the remark during a Wilson Center seminar in Washington, saying President Moon has proposed the idea.

"Another one is linking North Korea's denuclearization to creation of a peace regime on the Korean Peninsula," he said.

During the seminar, the adviser said that President Moon pursues "incremental, comprehensive and fundamental" denuclearization with North Korea, beginning with a freeze on its nuclear and missile programs and a verifiable dismantlement of its nuclear facilities and materials. 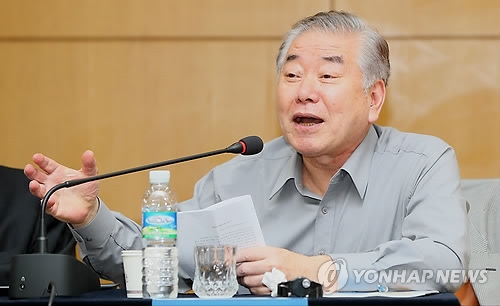