WASHINGTON, June 16 (Yonhap) -- North Korea should denuclearize if the United States is to open talks with the communist nation, the State Department spokesperson said, after President Moon Jae-in expressed a willingness to hold unconditional talks with Pyongyang if it refrains from additional provocations.

"Our position has not changed. For the DPRK, for us to engage in talks with the DPRK, they would have to denuclearize. And that is not something we're seeing them take any steps to do so," State Department spokeswoman Heather Nauert said at a briefing Thursday. DPRK is the abbreviation for North Korea's official name, the Democratic People's Republic of Korea.

"We remain very concerned about their provocative actions that they continue to take. We continue to call on them to deescalate those types of actions, but we are nowhere close to that," she said.

In a message marking the anniversary of the historic inter-Korean summit in 2000, Moon said earlier this week that he is willing to hold talks "without preconditions if North Korea halts additional nuclear and missile provocations." 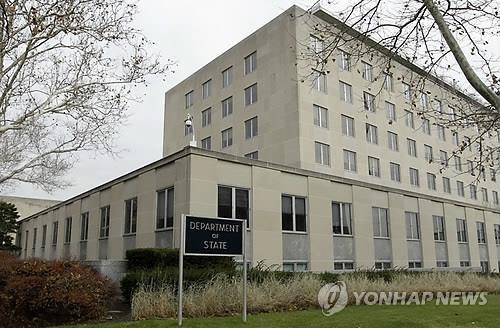 State Department: N. Korea should denuclearize if it wants talks with U.S.

State Department: N. Korea should denuclearize if it wants talks with U.S.