The M-SAM surface-to-air missile will serve as a core element of the country's Korea Air and Missile Defense System (KAMD), currently in the making, against North Korea's threats.

"The prototype of the M-SAM (missile) to intercept an enemy's ballistic missile was rated fit for combat operation by meeting all the requirements at a test early this month," the official said on the condition of anonymity.

It marks the completion of the development of the M-SAM system led by the Agency for Defense Development (ADD), a state agency for research and development of defense technology, and manufactured by LIG Nex1, a local defense firm. 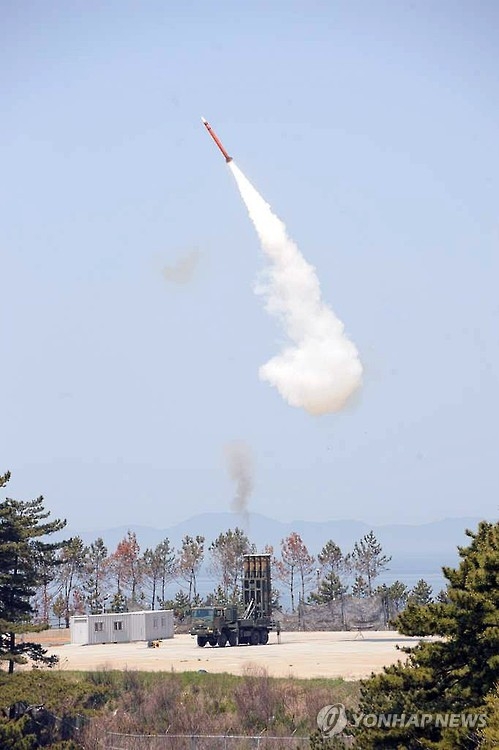 The development of the M-SAM, a variant of the Cheongung anti-aircraft guided missile was originally scheduled to finish in August but finished two months earlier.

It is designed to intercept incoming missiles at an altitude of 20-40 kilometers.

The Defense Acquisition Program Administration plans to mass-produce M-SAM missiles starting later this year with the aim of deploying them in 2019.

South Korean is pushing for the establishment of the KAMD missile shield by the early 2020s.