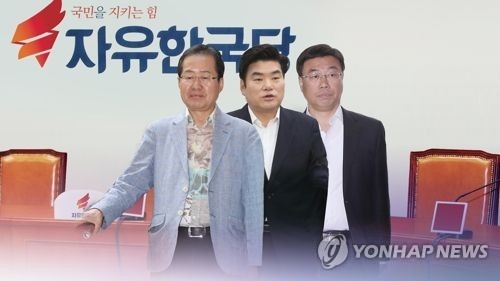 The candidates are scheduled to engage in campaigning from June 19 to July 2.

Hong, a brash-talking prosecutor-turned-politician, has the highest profile among the candidates as he ran in the May 9 presidential election and came in second with 24 percent of the votes.

Won has vowed to make a "young, healthy and open" party in a complete break from "factionalism and political hegemonism." Shin, for his part, pledged to rebuild a "wholesome rightwing party," representing new conservative values that genuinely serve citizens.

The LKP has decided to pick its new leader based on a vote by party delegates and a public opinion poll, which are weighted 70 percent and 30 percent, respectively.

Besides its new chairman, the conservative opposition party will also elect new members of its supreme council during the upcoming national convention.
(END)