He was spotted at the northern part of the mouth of the Han River in Gimpo, just west of Seoul, according to Seoul's Joint Chiefs of Staff (JCS).

The JCS said the man, in his early 20s, was spotted around 2:30 a.m. Sunday near the observation post of the Second Marine Division. Questioning is under way to find out what caused him to flee to the South.

The man is said to have swum his way south with plastic foam pieces on both shoulders to stay afloat. The JCS said he was discovered at a particularly narrow stretch in the river.

When a South Korean Marine spotted him, the man screamed, "Don't kill me. I am here to defect."

His defection marks the second in just a week. A North Korean solder defected to South Korea through the border Tuesday.

Earlier this month, two of the four North Korean sailors rescued in the East Sea said they hoped to defect.

The two Koreas remain technically at war since the Korean War (1950-53) ended in a cease-fire, not a peace treaty. 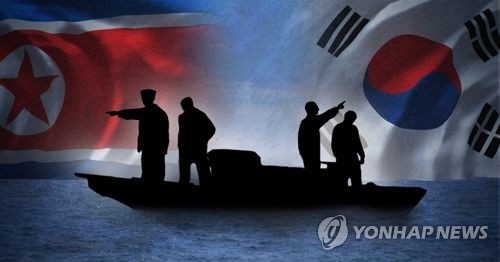