SEOUL, June 18 (Yonhap) -- South Korean companies' earnings for the second quarter of the year are forecast to be higher than earlier expected on the back of improving business conditions, industry data showed Sunday.

According to the data compiled by industry tracker FnGuide, the combined operating income of 155 major listed firms here are estimated at 41.37 trillion won (US$36.5 billion) for the April-June period, up 5.7 percent from the earlier projection made three months earlier. The second-quarter operation income estimate also marks a 20.3 percent jump from the year earlier period.

The rosy earnings outlook came as IT and semiconductor-making firms are projected to deliver higher-than-expected earnings results for the current quarter.

In contrast, petrochemical and utility firms may face a drop in their operating income, according to the data.

The data also showed Samsung Electronics, the country's top market cap, may report an operating income of 13.06 trillion won in the April-June period, which represents a 20 percent rise from three months earlier.

SK hynix Inc., a major chipmaker, is expected to deliver an operating income of 2.87 trillion won for the second quarter.

In contrast, Hyundai Motor Co., the country's top automaker, is expected to suffer a 10 percent drop in its second quarter operating income at 1.58 trillion won as it continues a slump in China and other emerging markets.

Oil refiners, such as SK Innovation Co. and S-Oil Corp., are also likely to face downbeat earnings, the data showed. 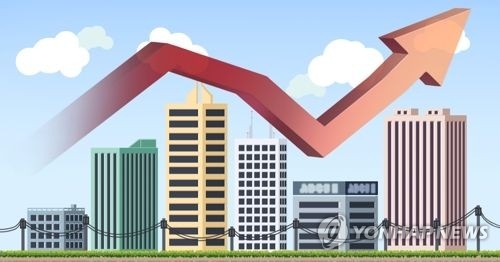 Corporate earnings forecast to be higher than expected: brokerage firms

Corporate earnings forecast to be higher than expected: brokerage firms