The Korea Meteorological Administration (KMA) issued heat wave warnings in parts of North Gyeongsang Province in the southeastern part of the country as of 11 a.m.

Several other towns in the province were placed under heat wave advisories.

The daily high in Seoul is expected to reach 32 C, up slightly from Saturday, and 34 C in Daegu, 300 kilometers southeast of the capital. 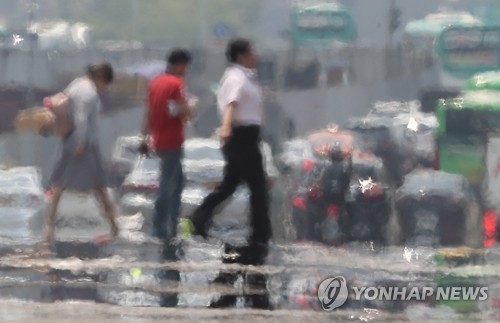