According to the data compiled by the Bank of Korea, outstanding loans extended by such institutions reached 762.29 trillion won (US$672 billion) as of end-April, the highest since related data began to be compiled in 1993.

Should the current pace continue, this year's loan growth is expected to surpass last year's increase of 87.76 trillion won.

The central bank said earlier the pace of household debt growth has shown signs of "stabilization," but the growth rate is "still high."

The growth of household debt needs to be "closely managed in the future," the central bank said. 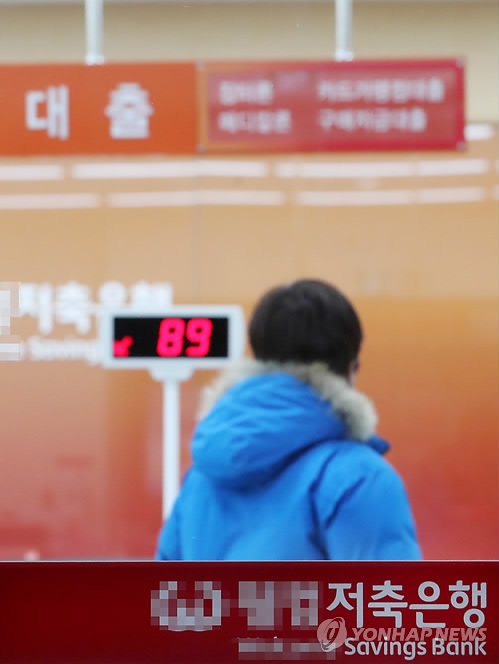