(ATTN: UPDATES with remarks from UN-based official; ADDS to dateline)

SEOUL/NEW YORK, June 19 (Yonhap) -- North Korea has claimed that the United States recently mugged its delegation carrying a diplomatic package in New York, calling on Washington to provide an explanation on what it calls a provocation.

According to the (North) Korean Central News Agency on Sunday, which quoted its foreign ministry, a group of government officials and police officers from the U.S. took a diplomatic package from its delegation Friday at John F. Kennedy International Airport before it was about to board a flight home.

The delegation was in New York to attend the Conference of States Parties to the Convention on the Rights of Persons with Disabilities, it added.

"As the diplomats vigorously resisted, they grabbed the diplomatic package using physical violence and made off," the ministry was quoted as saying. It called the incident a "planned and organized provocation."

The ministry also asked the world to "seriously reconsider" New York as a venue for major international events and demanded Washington provide an explanation for infringing upon its sovereignty.

"If the U.S. fails to give its due response to our demand which is all too reasonable and fair enough, it will be totally responsible for all the consequences to be entailed," the ministry said. 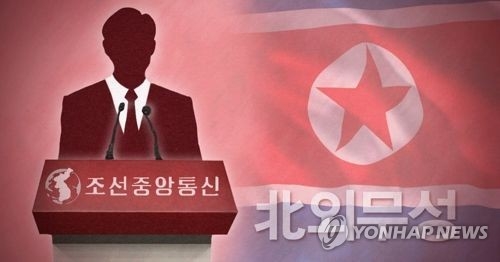 A U.N.-based official familiar with the situation said that the incident happened when the North Korean officials were waiting at the gate for their flight after completing check-in.

The official, who spoke on condition of anonymity, said that the North Korean officials protested strongly and U.S. officials asked them to board the flight, saying the package would be handed over to them later. The North Koreans remained in New York without boarding the flight, the official said.

The incident could add fuel to the already tense relations between the two countries in the wake of a series of ballistic missile launches by the North and the comatose return home of an American college student after 17 months of detention in the communist nation.

Under the Vienna Convention on Diplomatic Relations, contents in a diplomatic package cannot be seen without consent from the owner government. But exercise of the privilege increasingly has been curtailed as part of precautions against terrorism.

It was unclear what was in the package.

When the North assassinated leader Kim Jong-un's half brother with the lethal nerve agent VX in Malaysia in February, some raised suspicions that the North could have shipped the chemical weapons agent in a diplomatic package.
(END)