"The Kori-1 reactor, which had been running for the past 40 years, was closed as of 12 a.m. Monday," said the Ministry of Trade, Industry and Energy. "The government will carry out a decommissioning and dismantling process for the next 20 years." The move marks the first time that Asia's fourth largest economy halted power output from one of its nuclear power generation facilities.

Starting commercial operations in 1978 with a capacity of 587 megawatts, the facility was officially suspended as its temperature dropped to 90 C from the normal 300 C level as of 12 a.m.

The Korea Hydro & Nuclear Power Corp. (KHNP), the operator of the country's nuclear power supply facilities, shut off the power supply line of the facility on Saturday and began cooling down the reactor.

The KHNP will map out a detailed plan to demolish the reactor in 2019, with the scheme expected to win approval from a government panel by 2022.

Then, it needs 15 more years to move the used nuclear fuel to a separate storage space, remove related buildings and other facilities of the plant and restore the site to being a radioactive-free area.

The South Korean government earlier decided to permanently shut down the facility after some 40 years of activity. President Moon Jae-in has pledged to close all nuclear power plants in the country.

Not counting the decommissioned Kori-1 reactor, South Korea has 24 nuclear reactors at present. Their combined capacity reaches 23,116 megawatts and accounts for 21.8 percent of the country's total power capacity. 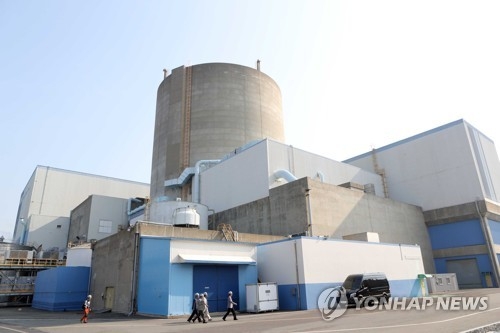