SEOUL, June 19 (Yonhap) -- Choi Sang-kyun is a rare South Korean who's traveled to the world's most reclusive country more than 20 times. As if that is not dramatic enough, the U.S. green card holder was the curator of a North Korean art exhibition held in Germany in 2008 at the request of the regime's Culture Ministry.

It was the year 1990 when baritone Choi visited the hostile neighbor for the first time. He was among a score of musicians invited to perform at an inter-Korean concert in the North Korean capital city of Pyongyang, which was organized to wish for a peaceful Korean Peninsula and reunification.

"The mood was quite amicable at that time. An inter-Korean soccer game took place, and in 1989 Lim Su-kyung made a surprise visit to the North," Choi said during a recent interview with Yonhap News Agency, referring to a South Korean university student who stirred up a huge controversy by visiting the North without permission from Seoul. During the concert period, he stumbled upon North Korean paintings and was struck by their straightforward and realistic style.

"In North Korea, there is no such thing as abstract art. Although the majority of paintings are propaganda posters, I could also see a lot of great landscape and still paintings. I liked them because they conveyed a clear message in them," the 59-year-old said.

At that time, Choi emptied his pockets and even had to borrow some money to purchase a total of 10 pieces priced around US$100 each. In 2012, he sold one of them in New York to a collector from Barcelona for US$20,000.

Since his first visit, he's strenuously collected North Korean art. Whenever an opportunity comes up for him to add more to his collection he visits the isolated regime, where he is introduced as a "patriotic fellow countryman from overseas," or he visits China, where he buys art from a Chinese middleman. He has so far laid his hands on around 500 paintings. 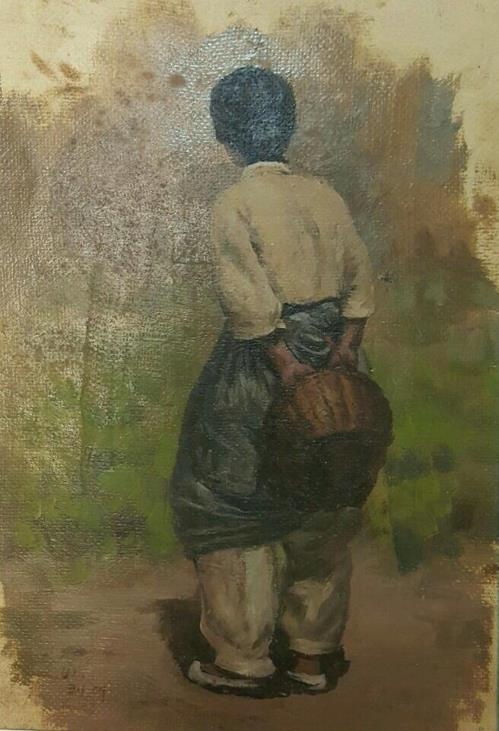 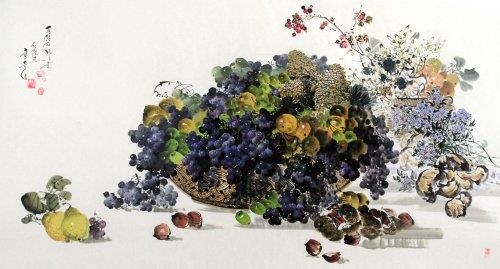 He is not the only collector who appreciates North Korean art, he said.

"Prices of North Korean paintings have risen more than 10 times since I bought them in 1990 due to an increasing number of Chinese collectors who highly respect state-authorized North Korean painters. They think those artists are approved, skill-wise, by the regime and loved by the people."

Worrying that priceless North Korean paintings are snatched up by Chinese collectors at what he believes is a giveaway for their artistic value, Choi said, "I am collecting North Korean art with all the resources I can possibly muster. I feel like a butterfly facing huge waves."

In 2008, he held an exhibition, for the first time, showcasing North Korean art in Berlin. Since then, he's opened similar exhibitions in Korea with his collections and paintings he borrowed from Chinese collectors. This week, he is holding the latest such exhibition titled "From Baekdu to Halla" at the South Korean parliament. The names in the title represent the two mountains considered sacred to each nation. 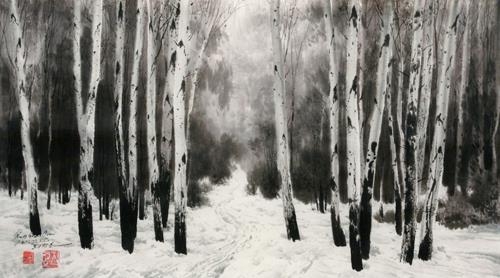 Recently, his lifelong dream of building an art museum dedicated to North Korean art fell flat, as officials who he said "still follow McCarthyism" backed down at the last minute for fear of spreading North Korean ideology to South Korean visitors.

"Working-level officials still have a mindset seen during the Cold War era. You have to understand that there is no 'pure art' in North Korea, which states fair and square that art is a mere means for social revolution," he lamented. "Who on earth would get brainwashed by just looking at those paintings? Do South Koreans admire North Korean soldiers marching like a machine when they see them on TV? They (officials) need to wake up."

Choi says collecting North Korean art and connecting with the artists there -- a luxury he said only a few outsiders can enjoy -- is very rewarding and exciting despite all the difficulties that come with them.

"I am doing this to preserve our culture, reconnect the separation that spans 75 years between the two arts, and recover the hurt feelings that we all sustained. I am here to protect our treasures." 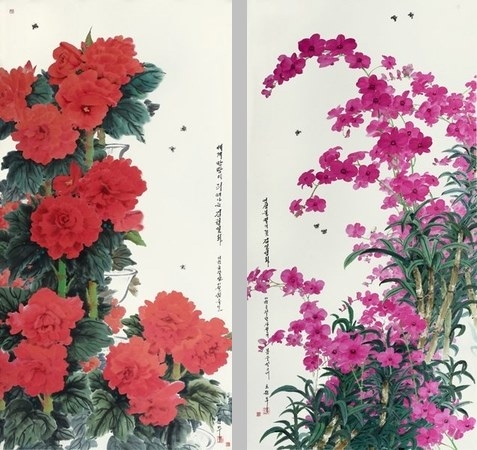