SEOUL, June 19 (Yonhap) -- Seoul's taxi companies will be obliged to have their drivers wear uniforms, starting this fall, under the metropolitan government's effort to boost the city's image among visitors, municipal officials said Monday.

The Seoul metropolitan government and labor and management of the city's 255 taxi companies have recently reached an agreement to reintroduce the driver uniform after the system was abolished in November 2011 in favor of a free dress code, said the officials. 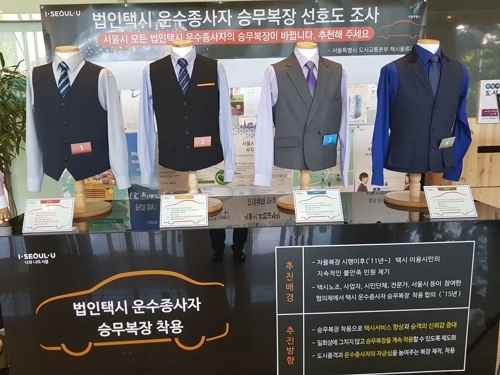 Under the agreement, about 35,000 corporate taxi drivers in the capital city will be forced to wear a uniform during their working hours, beginning in September this year, they noted.

Sloppy attire worn by some taxi drivers in South Korea have often incurred displeasure and resentment among domestic and foreign passengers.

"Since the taxi driver uniform was abolished in 2011, civic complaints over careless clothing by some drivers have increased. To tackle the problem, the concerned parties have held negotiations since 2014," said a municipal official. He expected the introduction of uniforms will help taxi drivers improve customer service and earn more credibility from passengers.

He noted the Seoul government will spend 1.61 billion won (US$1.42 million) to cover the first-year uniform budget of the taxi companies, adding additional expenses after next year will be shouldered by the companies. 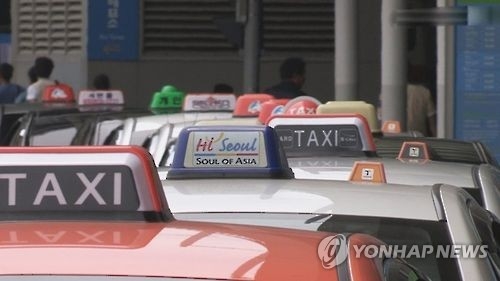 The Seoul government plans to pick two to three official uniforms out of five candidates via online vote by citizens before allowing taxi companies to freely choose one of them.

In the meantime, about 49,000 individual taxi operators in Seoul will not be affected by the new uniform guideline. Instead, all non-corporate taxi drivers will be offered one dress shirt in August, officials said.

An official from an association of Seoul's private taxi drivers said, "In principle, the dress code is voluntary, but we'll actively recommend individual taxi operators wear dress shirts to gain credibility from passengers."

Seoul taxi drivers to wear uniforms from this fall

Seoul taxi drivers to wear uniforms from this fall