SEOUL, June 19 (Yonhap) -- What is the shelf life of a K-pop band? No one can say for certain, but unless they've reached true global stardom like Girls' Generation, BTS or EXO many observers refer to the "seven year jinx" as a career benchmark.

The seven year jinx is a term that has emerged from the trend of moderately successful groups deciding to break up for various reasons in their seventh year. It has happened to groups like Sistar, BEAST, 2NE1, KARA and 4minute.

Nine Muses, a girl group that has built a reputation on its members' striking model-esque figures and beauty, said Monday they are still hungry for name recognition and success, knowing that they are past that dreaded seven-year threshold. 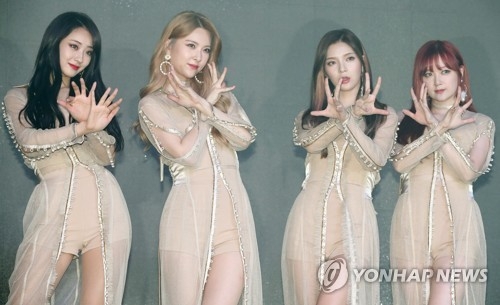 "Even though we're in our eighth year, I think we are working with a modest attitude, because I know that we are in a position that demands us to be diligent," Nine Muses member Kyungri told reporters at a media event for the team's new album at Yes24 Live Hall in northwestern Seoul.

Hyemi agreed, "Come to think of it, I think now is the moment for Nine Muses to make a fresh leap. Starting today I want to show that Nine Muses isn't dead."

But unlike many bubbly and bright summer songs by idol groups, Nine Muses' new title track "Remember" is a slow-paced ballad-dance hybrid track that feels humid, sticky and sizzling hot.

"We've brought out a hot, burning song, unlike the refreshing tracks released by other teams today," Kyungri said.

"Since we're more experienced and mature compared to other idols, we wanted to express love in a more serious light."

As its name suggests, Nine Muses debuted in 2010 with nine members. But the team saw its numbers fall throughout the years. Hyemi said she was also faced with the choice of whether to leave as her contract expired earlier this year. She decided to continue on her Nine Muses journey.

"I was concerned a lot when my contract termination crept up on me. I also went through a slump but after talking through things, here I am," Hyemi said.

With more than half of the team's members gone since its debut, Sojin said the remaining members bear "heavy responsibilities" to perform on stage as well as to the team's future success.

"With eight or nine members, the team had an aura of filling up the stage while performing. When dancing nowadays on stage, we try not to miss or lose even a single dance move," said Sojin. 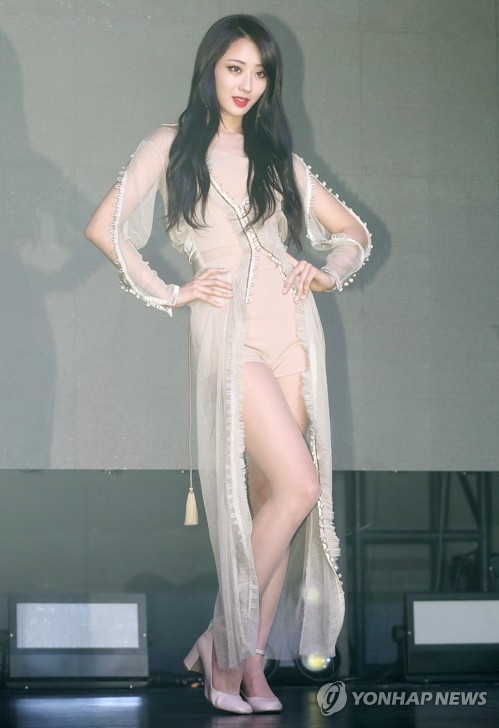