Lee Gae-ho, the chairman of the economic committee under the State Affairs Planning Advisory Committee, said the Moon administration is closely watching whether the fees are adjusted to a level accepted by the public.

The remarks were made during a regular briefing by the Ministry of Science, ICT and Future Planning to the committee.

"The government has the burden to adjust fees in line with the earlier election pledge," Lee said.

Moon promised to reduce household communications expenses through the abolition of the basic monthly mobile phone rate. He said that he will completely remove the 11,000 won (US$9.63) basic monthly subscription fee.

The chief executive claimed the expenditures on telecommunication services are one of the biggest burdens for South Koreans. 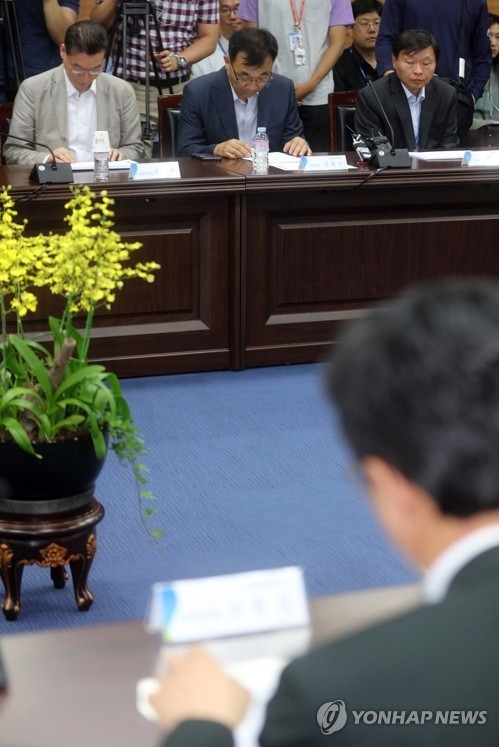