SEOUL, June 19 (Yonhap) -- The daughter of former President Park Geun-hye's friend roiled in an influence-peddling scandal attempted to get citizenship in Malta, the prosecution said Monday, fresh evidence that could give the court grounds for her arrest warrant

Chung Yoo-ra, the daughter of Choi Soon-sil, tried to apply for citizenship in the Mediterranean island country while she was detained in Denmark on suspected illegal stay, according to the prosecution.

She was extradited from Denmark late last month in connection with a massive corruption scandal centering on her mother that led to the ouster of the former president.

Chung is suspected of receiving academic favors from Ewha Woman's University and illegal funding from Samsung for her equestrian training based on her mother's ties with Park. The prosecution sought an arrest warrant for Chung a second time on Sunday, after the initial request was denied by a court earlier this month.

About the citizenship, Chung reportedly told the prosecution that she gave it up because it cost her too much, citing the fact that Malta grants a citizenship upon a contribution worth some 650,000 euros to the government.

But the prosecution believes that Chung withdrew the plan as she knew she wouldn't be able to avoid extradition even if she acquired the citizenship.

The prosecution will likely use this evidence to argue for the need to issue a writ on Chung since she is a flight risk. The court is due to have a hearing early Tuesday before deciding on the arrest warrant.

Her mother, Choi, is standing trial, alongside Park, on charges of meddling in state affairs and coercing Samsung and other firms to "donate" large sums of money for Chung's equestrian training. 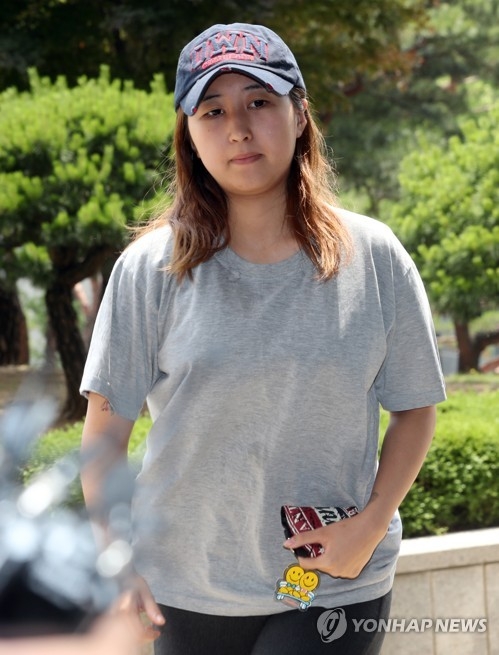 Daughter of Park's friend tried to get Maltese citizenship: prosecutors

Daughter of Park's friend tried to get Maltese citizenship: prosecutors