SEOUL, June 20 (Yonhap) -- The upcoming taekwondo world championships in South Korea will be a historic one on many levels, as the organizers prepare for the largest competition to date.

The 2017 World Taekwondo Federation (WTF) World Taekwondo Championships will take place in Muju, some 240 kilometers south of Seoul from June 24 to 30. This is the 23rd edition of the biennial competition, and the seventh in South Korea.

The WTF announced last week that 971 athletes from 183 nations have registered to compete, making this the largest world championships ever in both the number of participating nations and athletes. The 2009 tournament in Copenhagen had previously been the largest with 928 athletes from 142 nations.

And more history will be made before the start of the competition. During the opening ceremony, a demonstration team from the North Korea-led International Taekwondo Federation (ITF) will have a joint performance with a WTF team. It will be the first such performance by an ITF team at a WTF competition held in South Korea. 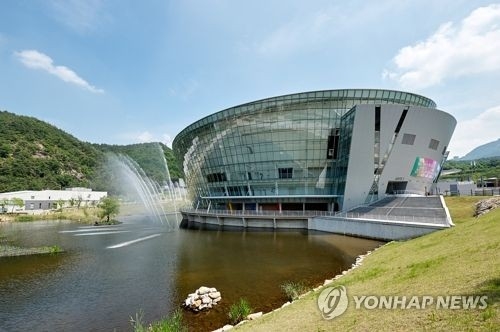 The WTF, headquartered in Seoul with South Korean Choue Chung-won at the helm, is the official world governing body of taekwondo, as sanctioned by the International Olympic Committee (IOC). The ITF, based in Vienna, is recognized by the North Korean government.

The ITF will send a 36-person delegation to South Korea on the eve of the competition. It includes Ri Yong-sun, the current ITF leader, and Chang Ung, former ITF chief and the only North Korean member of the IOC. This will be the ITF's first visit to South Korea since April 2007.

The ITF team will also perform at the closing ceremony in Muju. Then during the competition, the performers will travel to Jeonju, a neighboring city of Muju, on June 26 and then to Yongin, some 50 kilometers south of Seoul, on June 28 for more shows.

Thomas Bach, president of the International Olympic Committee, will attend the closing ceremony.

The two organizations held a joint performance during the 2015 WTF world championships in Chelyabinsk, Russia. This was a few months after the two signed the "Protocol of Accord," a landmark agreement that deals with exchanges of demonstration teams, among other matters of cooperation.

During the ITF officials' stay, the WTF is expected to discuss a reciprocal visit to Pyongyang in September, when the ITF will organize its own world championships.

The competition itself will feature all eight gold medalists from the 2016 Rio de Janeiro Summer Olympics, including two from South Korea -- Kim So-hui in the women's 49kg and Oh Hye-ri in the women's 67kg. In Muju, Kim will compete in the under-49kg class and Oh in the under-73kg.

On the men's side, two bronze medalists from Rio, Kim Tae-hun and Lee Dae-hoon, will compete in the under-54kg and under-68kg categories.

The WTF said Dina Pouryounes Langerroudi of the Netherlands, originally from Iran, will be the first refugee athlete to compete at the world championships. She will participate in the women's under-46kg event under the WTF flag. 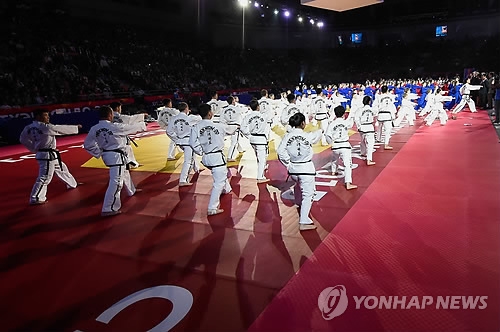 The WTF will have its General Assembly on the eve of the championships to elect its president. Choue, the incumbent WTF leader, will run unopposed for his fourth full term.

Choue replaced Kim Un-yong 13 years ago to complete the remainder of Kim's term following his arrest for embezzlement and bribery allegations. Choue was then re-elected in 2005 for a four-year mandate, and won the next two elections in 2009 and 2013.

He was also the sole candidate in the 2013 vote and earned unanimous support.