UIJEONGBU, South Korea, June 20 (Yonhap) -- Wrapping up his two-year service as the leader of a front-line U.S. unit in Korea, Maj. Gen. Theodore D. Martin says his body will leave Korea but his "heart" will stay here.

He promised to return to the peninsula whenever South Koreans are in need of help, just as his father and uncle participated in the 1950-53 Korean War. He's departing the Warrior County next month.

"I will soon finish my command here. My orders send me to the Pentagon. So that's where my body will be but my heart will always be here in Korea," the 2nd Infantry Division commanding general said during an interview at his Camp Red Cloud office in Uijeongbu, just north of Seoul, on Monday.

His family's military heritage goes back more than ten generations. He was familiar with Korea from stories heard in childhood from his father.

"I wish my father was alive and my uncle," he said, adding they would be "amazed" to see how South Korea has changed. 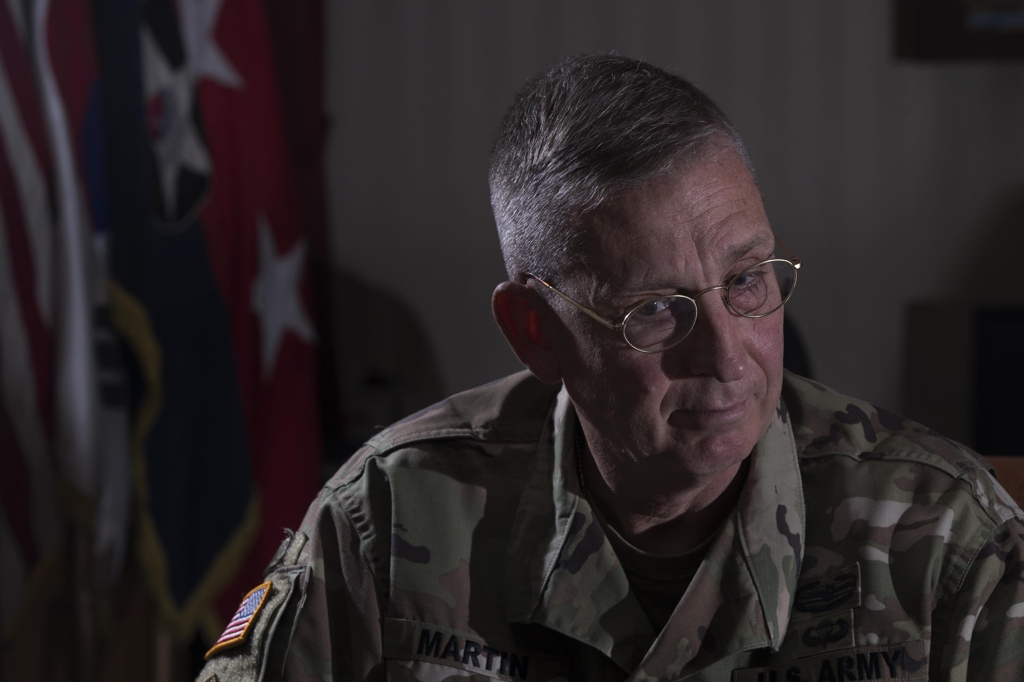 One of the most memorable events here for him was a visit to the historic battle site of Chipyeong-ni, currently named Jipyeong-ri, in Yangpyeong, east of Seoul. Thousands of South Korean, U.S. and French troops won the 1951 battle against around 25,000 Chinese forces.

"I saw how much the Korean people remember the battle and how they honor the dead and the sacrifice," Martin said. "It's something when I go home, I will meet with Korean War veterans, I will tell them that they are not forgotten, their sacrifice is both honored and remembered."

He also thanked residents in such cities as Uijeongbu, Dongducheon and Pocheon, where his troops are in operation, saying they really made his experience far away from home special.

"I am going to miss them. I can't wait till I come back and see where Korea is, say, five years from now," he said, having doubled as the commander of the South Korea-U.S. Combined Division involving his division and a South Korean Army brigade.

He appreciated the Uijeongbu city government's arrangements for a recent concert for his division, although it was crippled due to an anti-American protest.

The local authorities hosted the concert earlier this month to celebrate the centennial of the birth of the division, the first to arrive from the U.S. after the outbreak of the Korean War, with more than 7,000 service members reportedly killed in action. 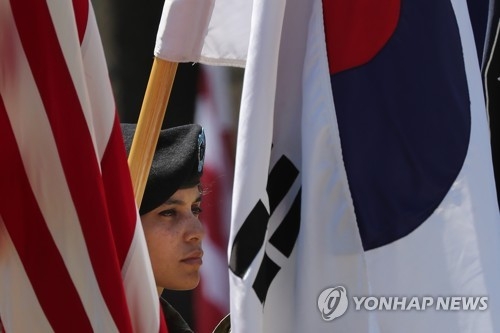 The division's founding anniversary falls in October this year but city officials including Mayor Ahn Byung-yong, wanted to hold the concert before the commander's departure in recognition of his dedicated service here.

Bowing to public pressure, several K-pop singers did not show up or left the stage without performing. The concert was cut short by one hour.

"No hard feelings. In America, we have a saying that it's the thought that counts," he said. "For us, the gift was all the work itself that went into preparing the concert for us."

It was the commander's first official response to the incident, which made headlines in local newspapers and led even the presidential office to express regret.

Cheong Wa Dae said it was regrettable that an event prepared as a show of gratitude and farewell has been disrupted.

Martin reaffirmed his affection for South Korea. He borrowed the signature line of the Terminator movie.

"If there's a crisis, I will be back. All I want is a rifle and bullets. That's all I need," he said, ending the interview.

(Yonhap Interview) U.S. commander: I will be back if Korea needs help

(Yonhap Interview) U.S. commander: I will be back if Korea needs help