SEOUL, June 20 (Yonhap) -- South Korea's premature birthrate has nearly doubled in the past 16 years, a survey showed Tuesday, with a growing number of women getting married late and experiencing difficulties having babies.

The premature birthrate was 56.72 percent for twins and higher-order multiples between 2013 and 2014, much higher than 4.66 percent for single babies.

Im said babies born prematurely make up about 10 percent of all births around the world. Such babies are more susceptible to diseases and can lead to death if medical conditions are poor.

Any premature delivery within 24 weeks of pregnancy can lead to death because the babies' brains are not fully formed. Babies born after 32 weeks of conception have little brain damage, he said.

"We are witnessing a growing number of twins and other higher-order multiples and premature deliveries due to late marriages and the development of the assisted reproductive technology," Im said, stressing the need for the government to come up with medical programs to prevent and manage premature deliveries. 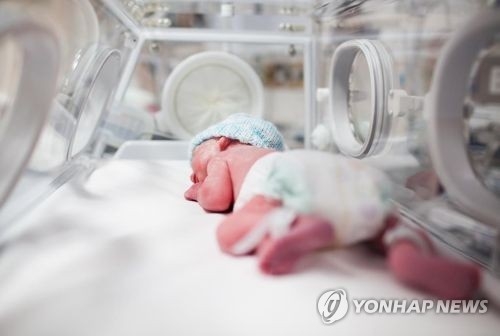 Premature deliveries double in 16 years due to late marriages: survey

Premature deliveries double in 16 years due to late marriages: survey