Her visit to the National Assembly comes a day after she took office as South Korea's first female top diplomat amid opposition parties' disapproval due to a string of her alleged ethical lapses.

Kang is set to pay separate courtesy calls to the floor leaders of the ruling Democratic Party, People's Party and Bareun Party.

The main opposition Liberty Korea Party refused to meet Kang in apparent protest against her appointment, a source said. It has argued that the appointment indicates President Moon Jae-in has little intention of fostering cooperation with an opposition-led parliament.

A minister's appointment does not require parliamentary consent but disapproval often imposes a political burden on the president. 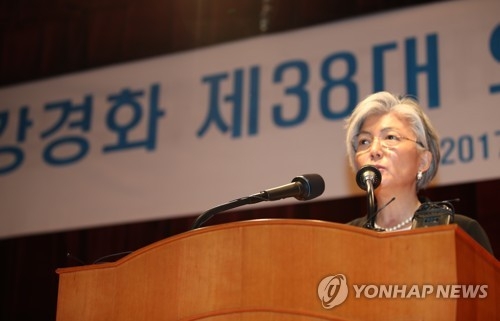