BAT Korea opened a teaser website for its tobacco heating device, the Glo, on Monday, which will be available later this year.

Earlier this month, the company completed the expansion of its production facility in Sacheon, 437 kilometers southeast of Seoul, to produce non-burning tobacco sticks called Neostiks.

Neostiks, specially designed for the Glo, are heated by the device to create a vapor with an experience similar to that of a cigarette, the company said.

BAT's Glo was first launched in Sendai, Japan in December last year. Its market share reached over 7 percent in the region within six months of its debut.

KT&G Corp., the country's leading tobacco manufacturer, is also planning to launch its heat-not-burn cigarette amid the growing popularity of smoke-and-ash free tobacco. 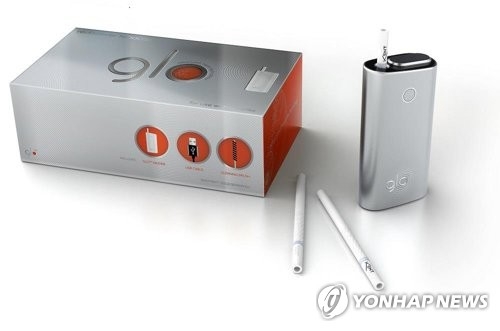