The K League Challenge side said they've reached an agreement with Gamba on Hwang's transfer. The 24-year-old striker will join the J League outfit on a two-year contract, but the clubs didn't announce the financial details of the deal.

Hwang made his pro debut with Seongnam in 2013 and has been one of the top stars for the seven-time first division winners. He made a name in the league in 2015 after scoring 15 goals in 34 matches. But he struggled to impress further as Seongnam suffered second division relegation after the 2016 season.

Hwang originally planned a move to Japan last year, but decided to stay with Seongnam following new head coach Park Kyung-hoon's request. Hwang is contracted with Seongnam until end of this season. He has netted four goals in 17 matches for Seongnam in the K League Challenge.

Hwang made his national team debut in September 2015. He has scored one goal in nine matches for South Korea. 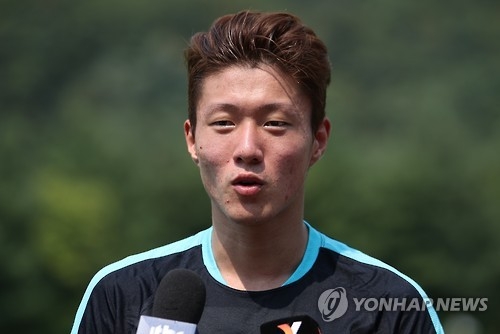