SEOUL, June 20 (Yonhap) -- Opposition parties on Tuesday voiced concerns over President Moon Jae-in's pursuit of a policy shift away from nuclear energy, noting the need for public consensus and thorough preparations for the change.

The main opposition Liberty Korea Party (LKP), People's Party and Bareun Party agreed to the idea of moving towards non-nuclear, clean and renewable energy, but warned that any half-baked policy could lead to a hefty rise in electricity bills and a potential energy shortage.

On Monday, Moon vowed to scrap all existing plans for new nuclear power plants and not to extend the operation of any aged reactors nearing the end of their initial life cycles. He also reaffirmed his pledge to shut down at least 10 aged, coal-fired power plants, a move to cut back on greenhouse gas and fine dust emissions.

Rep. Lee Hyun-jae, the LKP policy chief, pointed out that Moon's policy decision appears to disregard the reality of the country's heavy reliance on energy imports.

"His policy does not reflect the reality -- our country imports some 97 percent of its energy sources," Lee said during a meeting with senior party officials. 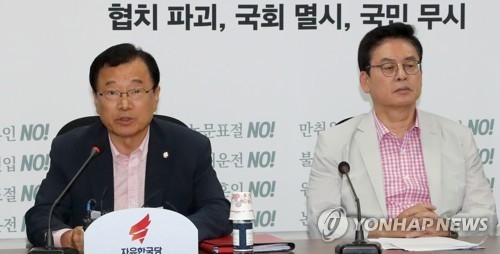 He added that the energy policy change requires sufficient discussions at the National Assembly and even a public referendum, given that it would have a significant impact on the country as a whole.

Kim Dong-cheol, the floor leader of the People's Party, discounted Moon's policy as "populist and irresponsible."

"We welcome the direction to foster the renewable energy sectors, but express our concerns over the move to scrap plans to construct new nuclear reactors and coal-fired plants," he said during a party meeting. "This is out of touch with reality." 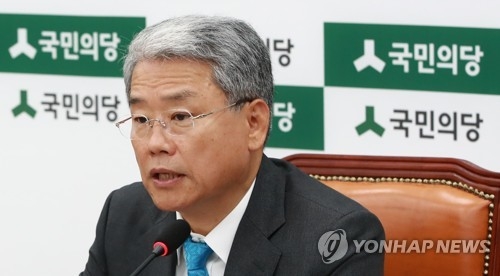 Currently, the country runs 25 nuclear reactors that account for some 30 percent of the entire electricity supply. Coal-fired plants generate around 40 percent, while renewable energy accounts for less than 5 percent.

Lee Jong-koo, the policy chief of the Bareun Party, also showed his worry about a possible rise in electricity prices.

"We are worried that the roadmap for the electricity supply after moving away from nuclear energy appears insufficient," he said during a meeting of party officials.