SEOUL, June 20 (Yonhap) -- Tesla Motors Inc. on Tuesday began the delivery of its emission-free vehicles to South Korean customers at an event held at its after sale service center in southwestern Seoul.

The U.S. electric carmaker invited some 100 South Koreans composed of the buyers of the Model S 90D, their families and friends, a Seoul-based Tesla spokeswoman said.

The event, however, was not open to the local media, as Tesla makes it a rule to not hold press conferences to promote its cars.

"We do not release the number of preorders and vehicles delivered to our customers either," she said.

At the launch event, Tesla outlined the specs of the Model S 90D, offered people a chance to drive the car, and showcased the autopilot program in the all-electric vehicle. The autonomous driving features include an advanced emergency braking system (AEBS) and forward collision warning system (FCWS). 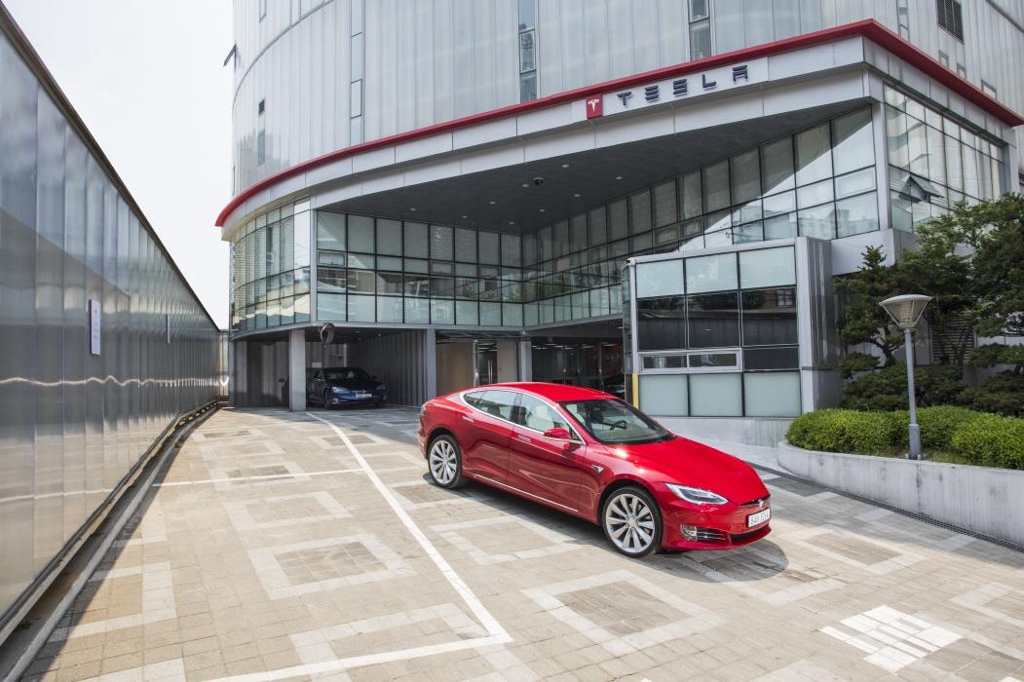 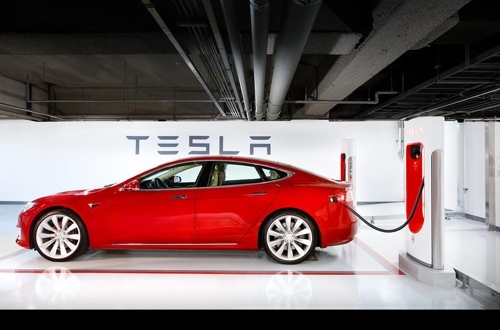 Ahead of the event, Tesla set up its first rapid-charging station in South Korea, the first of its planned 14 superchargers this year.

The first supercharger was built at the Grand Intercontinental Hotel in southern Seoul last month. The luxury Model S 90D can run 378 kilometers on a single charge, according to the company.

Telsa plans to build 14 superchargers in major cities such as Seoul, Busan, Daegu and Jeju Island to better serve local customers in a country with charging infrastructure that is still weak.

It has already built 35 slow-charging stations, or "destination chargers" at hotels, department stores and office buildings, and plans to add 20 by the end of June.

With superchargers, it only takes one hour and 15 minutes to fully charge a Model S vehicle. Six to eight vehicles can be charged at once at such stations.

As of May 25, Tesla built 5,487 superchargers in 844 rapid-charging stations worldwide. It aims to double the number of superchargers this year to enhance customer convenience.

It has built more than 9,000 low-speed charging stations at hotels, resort towns and restaurants around the world.

Tesla has opened two showrooms here -- one in the shopping mall Starfield Hanam just east of Seoul and the other in the affluent Cheongdam-dong in southern Seoul.

On top of the Model S 90D, Tesla has been taking preorders for the Model X and the Model 3 as well, although the time frames for their actual launch have yet to be fixed.

Tesla Korea, a wholly owned unit of the Californian company, said vehicles are available at prices between 40 and 130 million won in Korea.

The U.S. company is led by Chief Executive Elon Musk who aims to bring fully electric vehicles to the mass market and send humans to other planets.