Its first store in South Korea which opened in December 2014 in Gwangmyeong, just southwest of Seoul, logged 345 billion won (US$303 million) in sales in the 2016 fiscal year. This is the largest turnover among all IKEA stores in the world during the period.

"Overall, we are far above our expectations," Schmidtgall said during an interview with Yonhap News Agency at its headquarters in Gwangmyeong last week.

When asked about his expectations for this year's revenue, Schmidtgall said, "I am absolutely satisfied, but it's more about the qualitative part, how we are establishing the brand."

The two-story building spans 57,100 square meters and displays some 9,200 products in 65 showrooms with a child care area and a cafeteria featuring Swedish and Korean dishes.

During the 2016 fiscal year, the Gwangmyeong outlet had 6.4 million visitors. It said 1.1 million people have signed up for a membership so far.

"We believe that the (South Korean) home furnishing market will clearly grow above average retail the next five to seven years," the country retail manager said.

"One of our challenges at the moment is that we have only one store," he said. "This store is too busy when it comes to the amount of visitors. We have more than 6 million, so we need more stores to give a better shopping experience."

IKEA plans to have six stores -- including one in Gwangmyeong -- and an online store up and running by 2020 at which time it will have invested 1.2 trillion won in the country.

The second store is set to open in Goyang, northwest of Seoul, later this year.

"We are looking into areas around Daejeon, Busan, and continue to look into Seoul," Schmidtgall said, when asked about IKEA's expansion plans. "What we want to do is to be where many people are." 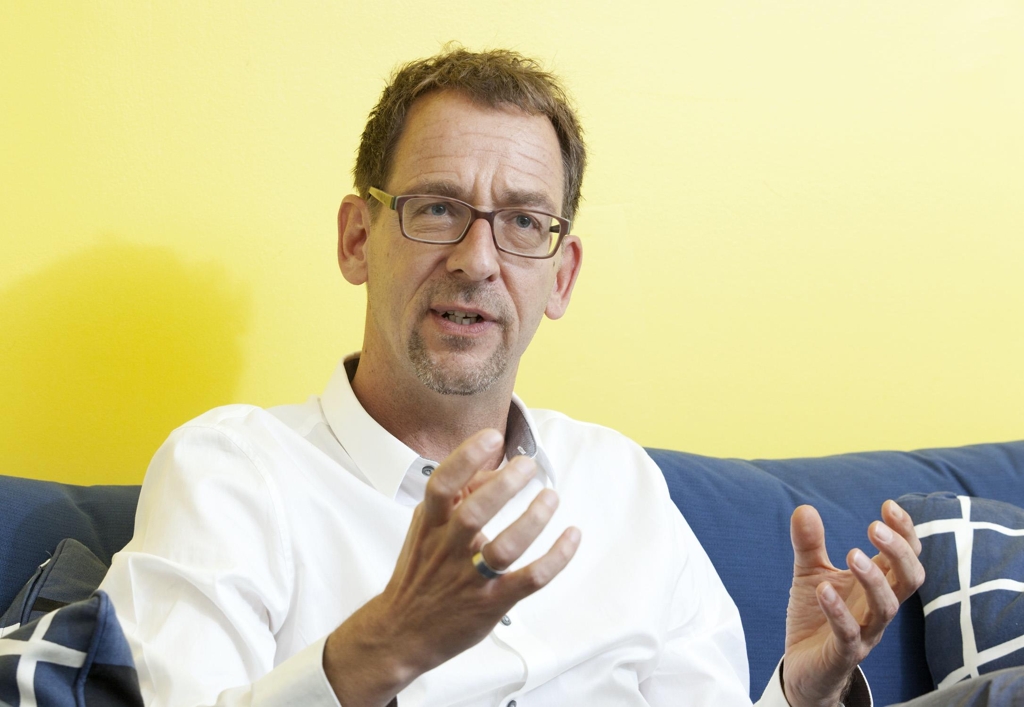 The company currently has three memorandums of understanding (MOUs) with Giheung, 40 kilometers south of Seoul, the southern port city of Busan and the Gangdong Ward office in southeastern Seoul.

IKEA Korea is also preparing to launch an e-commerce service though it is yet unclear when this would begin.

"E-commerce is something that we will have, but it takes some time because we want to do it right from the beginning," he said. "There are lots of investments ongoing at IKEA globally, and it takes some time. I have to accept that."

Despite worries that IKEA's entry would result in a decrease in sales of existing small and medium-sized enterprises in the market, the furniture giant said it has so far brought a positive impact to the surrounding community.

Citing a credit card survey conducted by the Korea Distribution Association between December 2014 and August 2015, Schmidtgall said more than half of their customers bought things at a shop other than the furniture store within a 10-kilometer radius.

All shops in the region have seen their credit card turnover increase between 7 and 27 percent during the cited period, he said.

"This is something we are really happy with," the retail manager said. "We are not only trying to stimulate interest (in the furniture market), but it is visible that we are nurturing the area around too."

In addition to various corporate social responsibility programs undertaken by IKEA, the Korean unit chief stressed the importance of creating new jobs, forecasting to hire some thousands of new employees in the next couple of years with its new stores.

"One of the best things that companies can do is to bring people into meaningful jobs," he said. "We will have 4,000 plus co-workers by 2020 if everything goes as planned."

IKEA Korea currently has around 1,200 employees at its headquarters and store in Gwangmyeong, and plans to hire 550 more workers for its second store in Goyang. 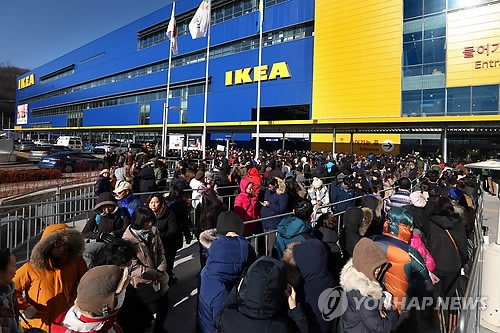