Local companies raised 14.5 trillion won (US$12.7 billion) by selling stocks and bonds last month, compared with 19.8 trillion won in April, according to the data from the Financial Supervisory Service (FSS).

Stock sales, including three initial public offerings (IPO), reached some 90 billion won, down a whopping 96.8 percent from the prior month.

Netmarble sold about 2.7 trillion won worth of shares in late April before debuting on the country's main stock market May 12 to become the most valuable game publisher in the country.

The value of corporate bonds issued in May, including bank bonds and asset-backed securities (ABS), dropped 15.3 percent on-month to 14.4 trillion won. An ABS is a security in which its income payments and hence value are derived from and backed by a pool of underlying assets.

The outstanding value of bonds issued by South Korean companies came to 427.4 trillion won as of the end of last month, up 1.3 percent from a month earlier. 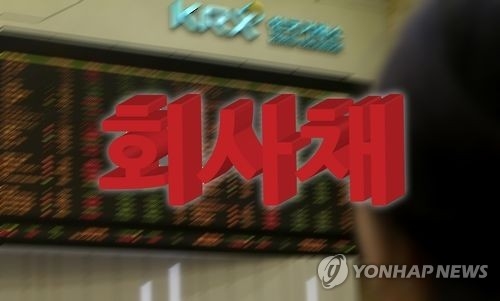