According to industry tracker TrendForce, around 10 percent of the latest smartphones this year feature the new height and width dimensions instead of the previous 16:9 screen size.

The presence of such smartphones with longer panels will also expand to 37 percent in 2018 as more Chinese handset makers opt for the new aspect ratio, it added.

Earlier this year, South Korea's LG Electronics Inc. released the G6 smartphone, which came with a 18:9 display under the title "Full-Vision."

Industry watchers said the change came in line with the market demand for wider screens while maintaining the overall size of smartphones.

Samsung Electronics Co. also adopted 18.5:9 ratio displays for its flagship Galaxy S8 and Galaxy S8 Plus. The presumed Galaxy Note 8 phablet slated to be showcased in the second half of 2017 is expected to join the trend. 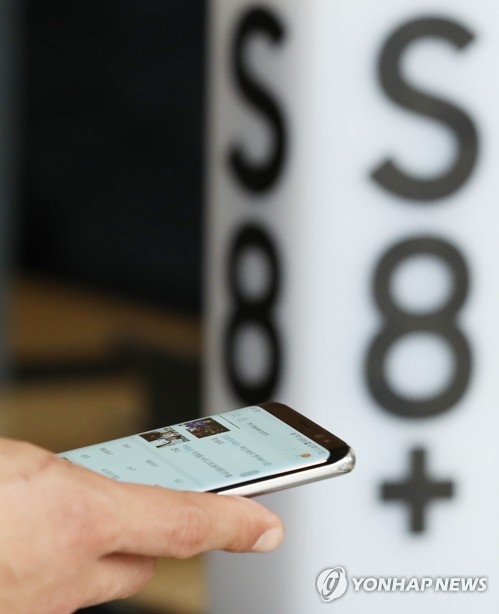