It marks the first time in history that the amount of SME loans from nonbank lenders has surpassed the 90 trillion won mark.

The January-April increase represents a 2.8-fold rise from the amount that expanded during the same period a year earlier.

If the current pace continues, nonbank lenders' loans to SMEs for all of 2017 are forecast to outstrip the 19.9 trillion won posted last year. 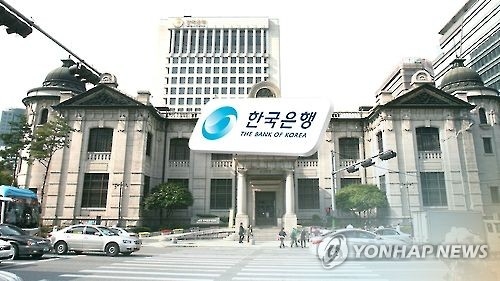 Analysts attributed the surge in nonbank lenders' loans to SMEs to the financial authorities' strengthening of rules for loans to consumers in a bid to curb the country's snowballing household debt.

"There is a high possibility that government efforts to rein in household debt, combined with a drop in corporate credit risks stemming from an economic recovery, may prompt nonbank lenders to extend more loans to SMEs," a member of the BOK's monetary policy board told a board meeting on May 25.

Market watchers pointed out that the financial authorities should keep tabs on a surge in nonbank institutions' high-interest loans to SMEs, which could undercut their financial health down the road.

South Korea is struggling to keep soaring household debt in check. The nation's household debt, including credit purchases, hit a record 1,359.7 trillion won at the end of March.
(END)