Shin Yeon-hee has been told to appear at the Seoul Central District Prosecutors' Office by 10 a.m., they said.

Shin, who belongs to the conservative Liberty Korea Party, is accused of illegal electioneering and defaming Moon by spreading false information about him via messenger platform KakaoTalk on 83 occasions from Jan. 29-March 13, the prosecution said. Moon won the May 9 election.

She allegedly sent messages such as "Moon is responsible for the Sewol", referring to a tragic ferry sinking in 2014 that claimed the lives of more than 300 passengers. Another circulated message said "If you vote for Moon, the Republic of Korea will perish. He's a communist."

The National Election Commission (NEC) and Moon's campaign team filed a complaint with the police in March seeking an investigation into the allegations. Police later referred the case to the prosecution.

She has denied any wrongdoing, saying that she shared the messages with people who had similar views and the time when the messages were sent doesn't coincide with the official campaigning period. 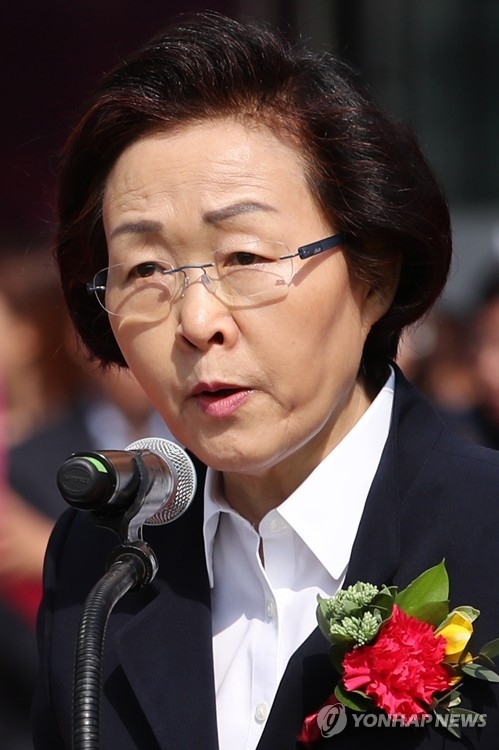