In a media preview held in Amsterdam on Tuesday (local time), Kia Motors for the first time unveiled its Stonic SUVs mated with a 1.6 diesel or a 1.6 gasoline engine, the company said in a statement.

The maker of the K5 midsize sedan and the Sorento SUV plans to launch the Stonic in Western Europe sometime during the third quarter, it said.

The B-SUV segment is rapidly growing in Western Europe and about 1.1 million subcompact SUVs were sold last year, accounting for 7 percent of overall vehicle sales there, Kia Motors said.

"By volume, the B-SUV market is expected to overtake the C-SUV (crossover SUV) segment by 2020, when more than 1 in 10 new cars sold in Europe will be from the Stonic's segment," Michael Cole, chief operating officer of Kia Motors Europe, said in the statement.

The B-SUV segment attracts buyers from across the spectrum, with 21 percent of all customers upsizing from a supermini, and another 15 percent downsizing from their family hatchbacks. Cars like the Stonic also appeal to those looking to replace their compact multipurpose SUVs, or MPVs, he said.

The Stonic will be unveiled in South Korea later this month, the company said.

Early this month, its bigger local rival, Hyundai Motor Co., also unveiled its first subcompact SUV Kona in a move to bolster its SUV lineup in the coming years amid growing demand for recreational vehicles. 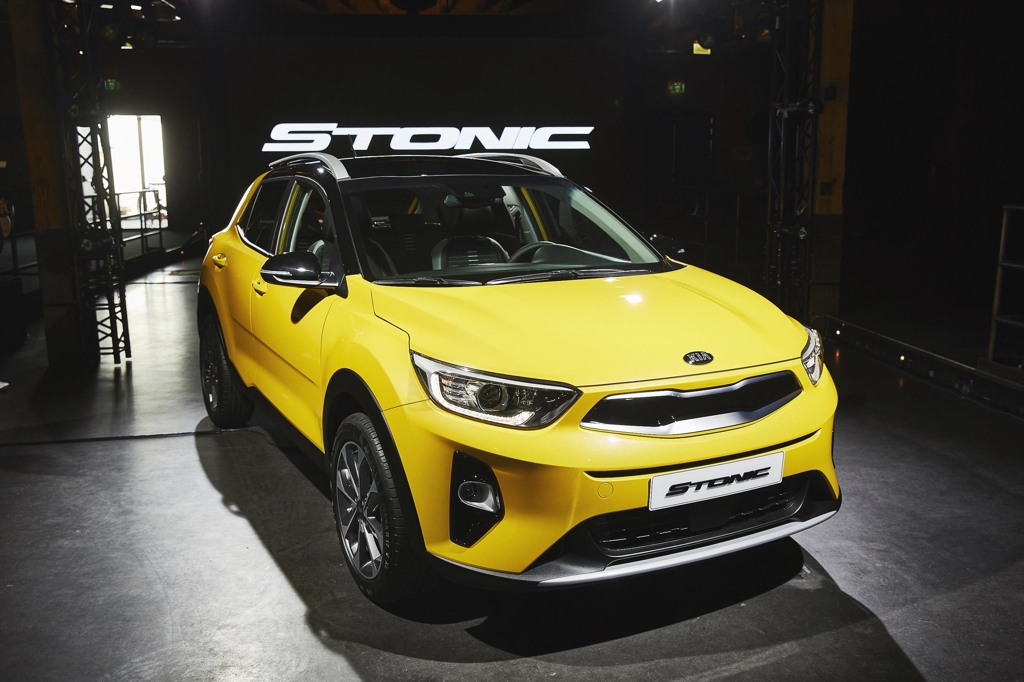 Kia to launch Stonic subcompact SUV in Europe in Q3

Kia to launch Stonic subcompact SUV in Europe in Q3