An official at New Korea Tours, a North Korea tour operator, told the Washington-based RFA in an email that it has decided not to receive applications for North Korea tours from U.S. citizens due to the recent tragic incident, referring to the death of Otto Warmbier, a 22-year-old University of Virginia student.

Warmbier died Monday, six days after he returned to his Ohio home in a coma after 17 months of detention in the North for taking down a political propaganda sign from a hotel.

The New Korea Tours official was quoted as saying the travel operator will not sell North Korea tour products to U.S. citizens until further notice.

The decision came after Young Pioneer Tours, the travel agency that organized Warmbier's trip to the North, said on its Facebook page that due to "this tragic outcome we will no longer be organizing tours for U.S. citizens to North Korea."

Other travel agencies including Koryo Tours and Uri Tours have said they were reviewing their North Korea operations for American citizens.

The U.S. government has been mulling a travel ban on North Korea. US Secretary of State Rex Tillerson said on June 14, one day after Warmbier was brought home from Pyongyang, that the State Department is considering a possible restriction against U.S. nationals traveling to the North. 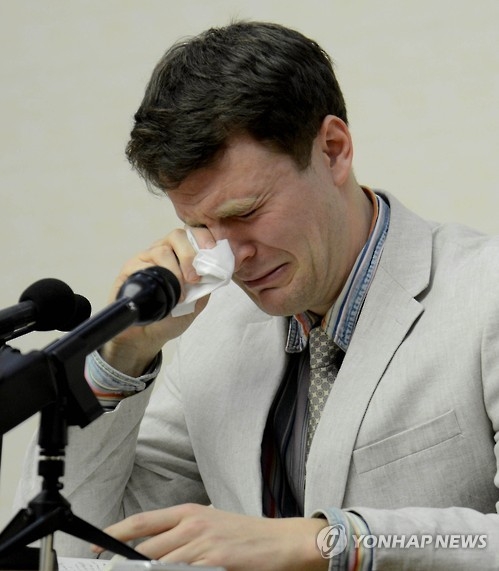