According to a survey conducted by the Korea Culture & Tourism Institute, tourists from the Middle East spent US$2,593 per capita, more than triple the average amount spent by Japanese travelers who spent an average $819.

The survey was conducted on 12,003 foreigners who visited South Korea last year, the institute said.

The per capita spending of Chinese nationals was the second largest with $2,059.

The average per capita spending of all foreigners stood at $1,625 last year, down slightly from $1,712 tallied the previous year. 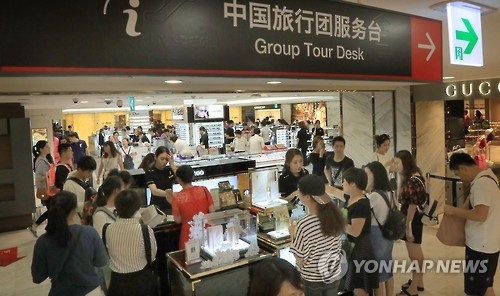