SEOUL, June 21 (Yonhap) -- South Korea said Wednesday it will seek more ways to win the release of six South Koreans detained in North Korea as soon as possible amid concerns about their safety.

Concerns about the detained South Koreans, including three missionaries, have risen after the death of Otto Warmbier, an American college student who was released last week after 17 months of detention in the North.

Seoul's unification ministry said that the government has sought to check their safety through various means, including diplomatic channels and international organizations.

"The government will come up with various means to repatriate our nationals as soon as possible," Lee Duk-haeng, ministry spokesman, told a regular press briefing.

The three pastors -- Kim Jung-wook, Kim Kuk-gi and Choe Chun-gil -- were sentenced to hard labor for life on charges of spying for South Korea's spy agency.

Kim Jung-wook, 52, was arrested in October 2013, and the two others were captured in 2014 by North Korean authorities.

Since they received their punishments, their physical conditions and safety have not been known.

North Korea has selectively permitted consular access to foreigners detained in the North, but it has not allowed it to the South Korean detainees as the two Koreas do not recognize each other as sovereign states, the ministry said.

Pyongyang is also holding one Canadian and three Americans in captivity.

"The international community must now recognize the reality that North Korea is a human rights black hole for both foreigners and citizens," Phil Robertson, deputy Asia director at Human Rights Watch, said in a statement.

"Warmbier's death should be a wake-up call to governments that focus must not just be on security, but also human rights concerns when dealing with Pyongyang," he said, calling on the North to immediately release all detainees. 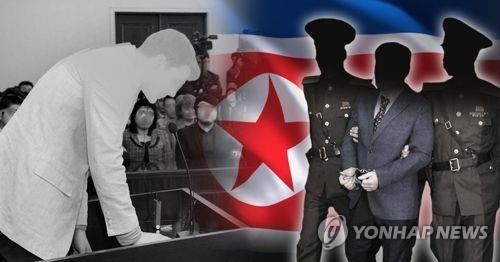