Do Jong-hwan, the minister of culture, sports and tourism, said South Korea will try to bring North Korean athletes on board for the 2017 Asian Cup and Interclub Weightlifting Championship starting on Oct. 18 in Yanggu, some 175 kilometers east of Seoul. 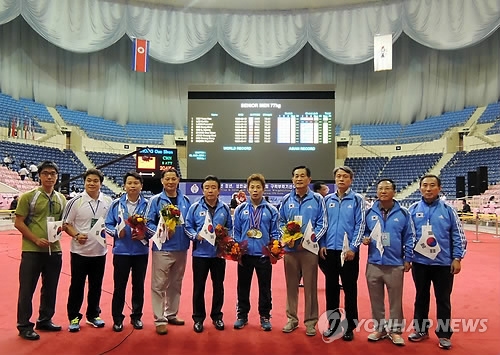 An official with the Korea Weightlifting Federation (KWF) said securing North Korea's participation "is one of our most important goals" for the event.

"We have asked the Asian Weightlifting Federation to help us in that regard," the official said. "Some of our officials may run into North Korean officials at international competitions in a third country. We can discuss the Asian Cup participation then."

North Korea is one of Asia's premier weightlifting powers. Its athletes last competed south of the border during the 2014 Incheon Asian Games. No North Korean weightlifter has participated in a single weightlifting event in the South.

South Korean lifters competed at the 2013 Asian Cup held in Pyongyang. North Korea also permitted the hoisting of the South Korean flag and playing of its anthem in the North Korean capital for the first time in a sporting event.

On Saturday, a North Korean taekwondo demonstration team will have a joint performance with South Koreans in the opening ceremony of the World Taekwondo Federation World Taekwondo Championships in Muju, 240 kilometers south of the capital. 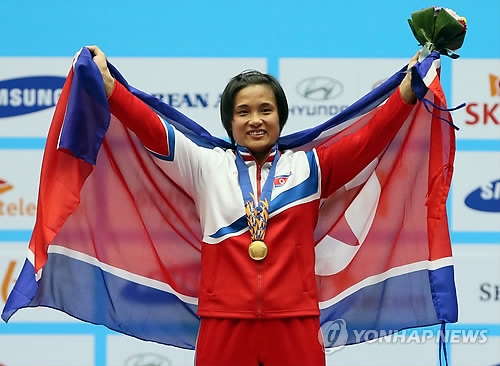