(ATTN: ADDS photo and more info throughout)
By Kim Han-joo

SEOUL, June 21 (Yonhap) -- More than 100 medical doctors and vaccine experts from all over the world gathered in Seoul on Wednesday to examine ways to improve vaccine management, and called for concerted efforts on extend benefits of immunization around the world.

The international forum, the first of its kind, is co-hosted by the World Health Organization (WHO) and the Korea Centers for Disease Control and Prevention (KCDC) and brought together leading experts from academia, private sector institutions, public health officials and civic organizations.

"Vaccination is the most active and basic treatment," said Choo Moo-jin, chief of the Korean Medical Association (KMA), the nation's largest doctors' group.

Participants at the symposium stressed that vaccines are one of the greatest inventions in medical history. They said both governments and doctors should remind the general populous of the importance of vaccinations in maintaining public health.

Annually, an estimated 2 to 3 million deaths are prevented by jabs and liquid drops - a figure that could rise by 1.5 million if more children and adults were treated, according to a WHO report.

There have recently been anti-vaccine movements across the world, including in South Korea. Here the so-called "raising children without medicine" movement has taken root, in which some parents increasingly refuse to vaccinate their kids.

The experts refuted public concern over a link between vaccines and some diseases, including autism, saying that not going through with vaccinations endangers the safety of children.

"There were a total of 31 suspected cases of deaths linked to vaccinations between 2011 and 2016," said Kong In-sik, a KCDC official. "However, a thorough investigation confirmed that the deaths were not directly related to vaccinations." In order to counter safety concerns and misinformation about vaccines, the participants agreed on the need to provide correct information to support decision-making about vaccine use, and come up with improved monitoring systems and guidelines.

"There is need for a robust vaccine safety surveillance system," said Shin Jin-ho, a medical officer from the WHO regional office for the Western Pacific, emphasizing the importance of gaining public trust.

The South Korean medical doctor, who is responsible for strengthening the regulatory system of vaccines in 27 member states of the region, said active communication about vaccine safety should be conducted.

To promote awareness of vaccine risks and benefits, not only the government and doctors but also pharmaceutical companies and civic organizations should understand the potential risk, and prepare for managing any adverse effects.

"The rise of social network services (SNS) can be used to alert the public about the importance of vaccination," said the medical doctor with expertise in veterinary medicine.

Shin noted the importance of maternal immunization, saying that various new approaches to prevent problems with newborns and infants are currently under study.

"Vaccination of pregnant women may provide important benefits to mother and infant alike," Shin said. "There are still some challenges, such as limited data available about safety in regards to pregnant women."

The WHO said in its report that it is working with countries to improve minimal capacity for vaccine regulatory systems and to enhance capacity to facilitate access to new or improved vaccines.

In 2012, the WHO published a global vaccine safety blueprint, mostly for developing and low-income countries.

"The WHO kicked off its global vaccine safety initiative (GVSI) not only to inspect the safety of vaccines but to check quality," said Anada Amarasinghe, a WHO official. "The GVSI is a strategic framework aiming at the establishment of effective vaccine and pharmaceutical systems in all countries."

The medical doctor from Sri Lanka also said the Vaccine Safety Net is a WHO initiative that provides information on vaccine safety and immunization from 57 member states. 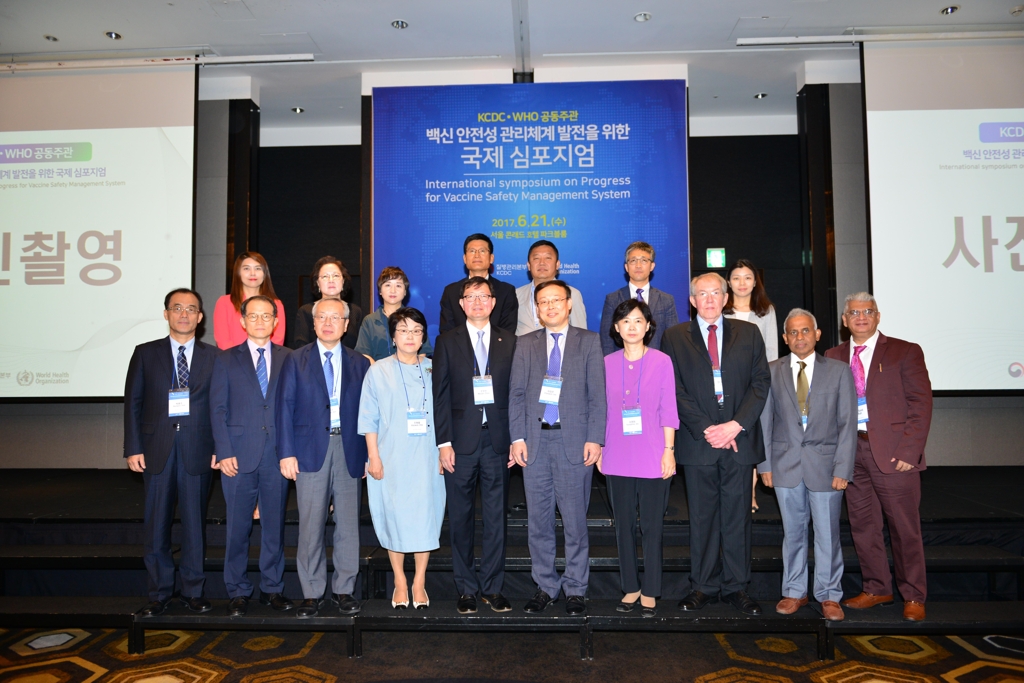